Why Is Car Insurance So Expensive in Maryland?

If you live in Maryland you might be asking yourself why you have to fork out so much annually for your car insurance. Unfortunately, car insurance requirements vary from state to state, with some areas requiring very minimal coverage and others requiring you to pay higher premiums for better protection. Maryland is one such state where minimum liability requirements are high and both personal injury protection and uninsured motorist coverage are required by law.

The average resident of the state of Maryland can expect to pay approximately $1,518 a year for full coverage insurance, which is a little more than the national average of $1,457. 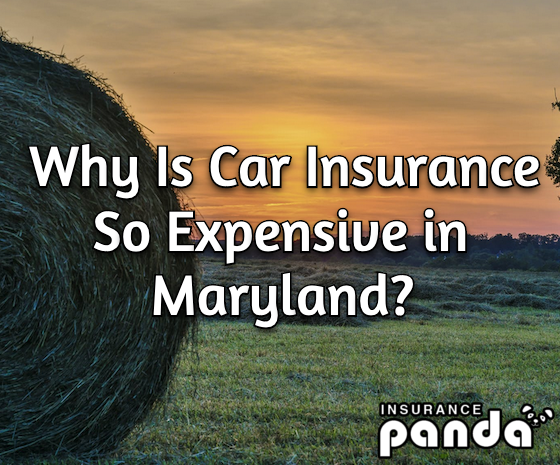 Since insurance requirements vary so much from state to state, if you live in a state like Maryland where better or more coverage is required, it makes sense that you’re going to end up paying more overall for your car insurance. Below are the state requirements for the insurance you need to carry in Maryland:

The minimum requirements in this state are pretty hefty, which is a big part of the reason why that insurance bill costs so much annually.

Other Reasons Why Maryland Has Such Expensive Car Insurance

Weather – Severe weather events like storms and flooding are becoming increasingly common in Maryland, which in turn is driving up insurance rates due to weather-related auto accidents. States with more inclement weather, in general, tend to have higher insurance premiums. Maryland experiences hurricanes, snowstorms, flooding, and occasionally tornadoes.

Uninsured Drivers – Unfortunately, those with insurance foot the bill for drivers who hit the road uninsured. Your rates are going to be significantly higher if you live in a state where there are a lot of people driving without coverage. In 2015, it was estimated that 12% of drivers on Maryland roads lacked even minimum liability insurance.

Increased Cost Of Auto Repairs – As the average cost of repairing a vehicle rises, so does what insurance companies charge drivers. With cars having more technology in them these days, repairs are getting increasingly more expensive. In Maryland specifically, the average cost of car repairs has increased by more than $200 since 2012.

Other Factors That Can Increase Your Insurance Rates

There are multiple factors that have an effect on the cost of your car insurance. Living in Maryland by default probably means you’re paying a bit more annually to insure your car than the national average, but there are other factors that can impact the amount you’re spending. By knowing what impacts your premiums, you can try to reduce what your insurance costs by as much as possible

Shopping around for your car insurance and doing some research can seriously make a difference when it comes to how much you pay annually. It’s a good idea to take a look at a number of different auto insurance companies in your area to find out who can offer you the lowest and most competitive rates. If you want a head start, here are the car insurance companies that offer the cheapest rates in Maryland:

If you are a high-risk driver, you might also qualify for the government-funded Maryland Automobile Insurance (MAI), which helps Maryland drivers who are unable to obtain insurance on their own. Not all auto insurance companies will offer coverage to high-risk drivers. The MAI, however, will not deny these applicants.

Final Word on Why Auto Insurance Is So Expensive in Maryland

Living in Maryland means strict insurance laws that require drivers to legally have better or more expensive coverage. This automatically means that you’ll likely end up forking out more annually for your insurance than the average person. Unfortunately, that’s something that’s out of your control as a resident of the state. But it’s not all bad, there are factors that you can control which could help reduce your insurance, and taking the time to shop around for a good deal could save you some serious cash.