Can You Sue An Uninsured Driver?

Uninsured drivers, by definition, do not have car insurance. That’s why in many cases, your best option is to sue the uninsured driver. 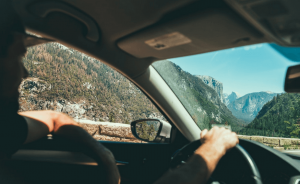 Uninsured drivers are a huge problem in the United States. In 2020, approximately 1 in 7 drivers in the United States are uninsured. That means out of every 7 cars you pass on the road, 1 will be uninsured, on average. That means in a collision with another motorist, there’s a 1 in 7 chance that you’ll be unable to claim damages through insurance – even if the other driver is at fault.

Yes, You Can Sue an Uninsured or Underinsured Motorist

Yes, you can sue an uninsured or underinsured driver after a collision. In fact, this is often your best course of action. There are entire law firms that specialize in suing uninsured and underinsured motorists. Contact an auto accident attorney in your area and schedule a free consultation.

However, there’s a problem with suing uninsured drivers. Typically, the people who drive without car insurance don’t have much money. You can sue these drivers for all they’re worth, but you might still not get enough money to cover your damages – like your medical bills, vehicle repairs, and other expenses.

This is the exact reason why drivers across America choose to buy uninsured or underinsured motorist coverage.

How Does Uninsured or Underinsured Motorist Coverage Work?

Typically, if you sue an uninsured or underinsured motorist, you’re going to be filing a personal injury claim.

Let’s say you were involved in a car accident that caused $200,000 in total damages – including medical bills, lost wages, pain and suffering, etc. The other driver’s insurance covers $100,000 in damages, but you’re still left with $100,000 in damages.

You could make a claim through your uninsured or underinsured motorist coverage. This could cover the remaining $100,000. Your insurance company may cover the damages above and beyond what’s covered by the other driver’s policy.

Or, you can sue the other driver for the remaining damages above and beyond what their car insurance policy covered.

If the other driver has no assets, however, then they’ll likely just declare bankruptcy. This will absolve them from having to pay for the damages they caused. You won’t get compensation.

In other words, filing a lawsuit and winning that lawsuit in court can give you a piece of paper entitling you to collect money from the other person. However, this doesn’t guarantee you’ll get paid.

There are other situations where it may be in your best interest to sue an uninsured driver. If the other driver was intoxicated at the time of the accident, for example, then a civil suit may proceed more smoothly.

If you do choose to sue the other driver, then you may be able to recoup damages for pain and suffering, loss of income and earning ability, healthcare costs, home maintenance costs (if you’re unable to maintain your home while injured), family member costs, caregiver benefits, death benefits, and funeral expenses, among other costs.

Yes, you can sue uninsured or underinsured drivers. In many cases, this is your best and only option for recovering losses. Remember: approximately 1 in 7 drivers across America are driving without insurance every day. In some states, as many as 1 in 5 or even 1 in 3 drivers do not have insurance.