Does Car Insurance Pay for Lost Wages Because of an Accident?

If you’ve been injured in a car accident, then you may be unable to work. When you can’t work, you can’t earn a paycheck. Can you expect car insurance to cover your lost wages? Does an auto insurance policy provide compensation for income you’ve lost as a result of an accident? Today, we’re explaining everything you need to know about car insurance and lost income.

Yes, Your Car Insurance Company May Reimburse You for Lost Wages 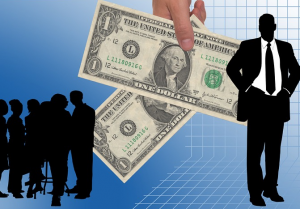 If you have basic car insurance, then your insurance company may provide compensation for lost wages.

If you’ve been injured in a car accident, and that injury prevents you from going to work and earning the money that you normally would have received from that work, then you may be entitled to compensation.

Let’s say you’re a construction worker. You broke your hip in a car accident and you’re unable to go to work for three months. If your car insurance policy covers lost wages, then you may be entitled to three months’ worth of compensation for lost wages.

Does My Car Insurance Cover a Lost Wages Claim?

Typically, even basic liability plans will cover lost income as a result of a car accident. Even if you have the cheapest possible insurance, you may still receive compensation for lost income. The types of insurance eligible for a lost wages claim include:

Liability Bodily Injury Coverage: If you were injured in a car accident caused by another driver’s negligence, then you will be able to submit a lost wages claim through the bodily injury liability coverage of the at-fault driver.

Personal Injury Protection (PIP) Coverage: Certain states (including most no-fault states) require you to have personal injury protection (PIP) coverage. PIP pays for your medical expenses and lost wages up to your policy limits regardless of who is at fault for the collision. If you have PIP, then you can collect lost wages even if you caused the accident.

This exclusion is particularly common on personal injury protection (PIP) policies. You may have chosen to reduce your insurance premium by excluding lost wages coverage, for example.

Do You Live in an At-Fault or No-Fault State?

12 states in America are no-fault states, where fault isn’t considered in an accident for insurance purposes. If you live in these states, then you’re required to have personal injury protection (PIP) coverage, and you can file a lost wages claim through your PIP coverage – regardless of who’s at-fault for the collision.

How to Claim Lost Wages

So you’re ready to make a lost wages claim. Typically, making a claim like this is straightforward – assuming you’ve been legitimately injured and you have legitimate proof.

A Letter from the Doctor: Your physician should provide a letter describing your injuries. The letter should be as detailed as possible. It should explain how long you can be expected to be out of work, as well as all relevant information about prescriptions, treatments, and medical bills.

A Letter from your Employer: Your employer should provide a letter verifying that you have missed work due to injuries.

Tax Information: Claiming lost wages is easier when you have an employer. However, if you’re self-employed or an independent contractor, you can still make a lost wages claim. In this case, you may need to provide access to your tax returns.

Police Report: The police report explains the details of the accident, as recorded by police officers attending the incident.

Some car insurance companies will send a form to your physician. Your physician will need to fill out that form to complete a lost wages claim.

How Much Can I Earn from a Lost Wages Claim?

The compensation you receive from a lost wages claim is straightforward. Typically, your insurance company will look at:

If you make $20 per hour, and you missed a week of 8-hour days due to your car accident injury, then you can expect to receive $800 in compensation for missing a week of work.

In some situations, you can be compensated for “lost opportunities” – say, if you were unable to attend a job interview due to your injuries.