Why is Auto Insurance So Expensive in Baltimore?

The average driver in Maryland pays $1,500 per year for car insurance, which is slightly higher than the nationwide average of around $1,350 per year. However, drivers in certain ZIP codes in Baltimore could pay $2,500 to $4,000 per year, on average, for car insurance. 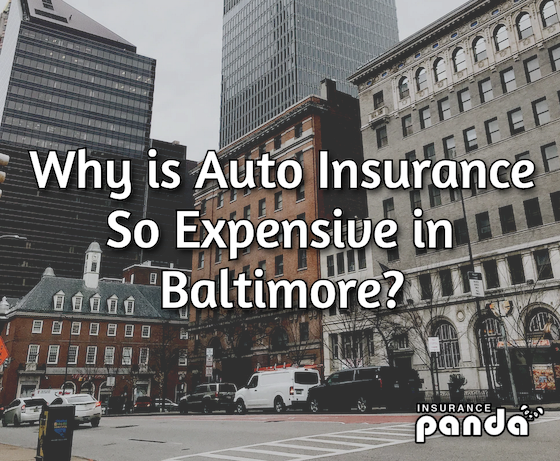 The average driver in Maryland, meanwhile, pays around $1,500 per year for car insurance. In most rankings, Maryland is the 20th to 30th cheapest (or 20th to 30th most expensive) state in America in which to insure a vehicle: it’s middle of the pack in most rankings.

Why Car Insurance is More Expensive in Baltimore

In most states, car insurance is more expensive in big cities than in smaller towns or rural areas. Baltimore is the biggest city in the state of Maryland, so it makes sense drivers in Baltimore pay higher rates for car insurance.

This is a generality and it doesn’t hold true everywhere in Maryland. Insurance companies consider your ZIP code and other factors when calculating car insurance rates. Some drivers in Baltimore pay relatively high rates for car insurance, while others pay much cheaper rates than drivers in smaller towns or rural areas.

Some of the reasons car insurance is more expensive in big cities like Baltimore include:

More Traffic: Big cities have more traffic than smaller towns. More traffic means more cars on the road at all times of the day. That means more chances to get into an accident, more cars driving at high speeds close to another, and more insurance claims for insurers to handle.

Cost of Living and Repairs: Big cities often have higher costs of living than smaller towns or rural areas. When you repair a vehicle in Baltimore, it may cost $1,000 for labor when it only costs $600 in a rural area. Insurers pass these higher repair costs onto policyholders, leading to higher premiums.

Higher Crime Rates: Insurance covers theft, vandalism, break-ins, and other incidents. If your ZIP code has high rates of crime, then you might pay higher rates for car insurance. Some areas of Baltimore have high crime rates. If you park your car in these areas every night, you’re more likely to be a victim of vehicle theft or vandalism. Again, insurers pass this cost onto policyholders.

Other Factors that Impact Car Insurance in Baltimore

All of the factors above apply to any big city. Generally, drivers in big cities pay more for car insurance than drivers in small towns. However, there are also factors specific to Baltimore and Maryland that have raised the cost of car insurance in recent years.

Higher Cost of Living: Generally, cost of living rises over time. A mechanic that charged $1,000 for car repairs in downtown Baltimore might charge $1,200 today for those same repairs. Insurers pass the higher costs onto policyholders.

More Drivers: Maryland’s population is increasing, and that means more people are driving. When more people drive, it increases the chances of an accident or insurance claim.

How to Get the Cheapest Car Insurance in Baltimore

Here are some tips to pay cheaper car insurance premiums in Baltimore.

Compare Quotes: Some insurers like having city drivers in their insurance pool and reward these drivers with lower premiums. Other insurers discourage city drivers because they’re higher risk, so they charge higher premiums. Compare quotes online today – especially if you’ve stuck with the same provider for years. You may be surprised by how affordable car insurance can be by switching providers.