If I’m a Pedestrian and Get Hit by a Car, Will Their Auto Insurance Pay?

Being hit by a vehicle is one of the most painful experiences a person can endure. If you are a pedestrian and get hit by a car, you deserve not only compassion but compensation as well. The question is – who pays for your medical bills, lost wages, and pain and suffering? Below, let’s take a look at whether or not the at-fault driver’s auto insurance will compensate you after getting hit by their car.

Factors That Determine Pedestrian Compensation After Getting Hit by a Car 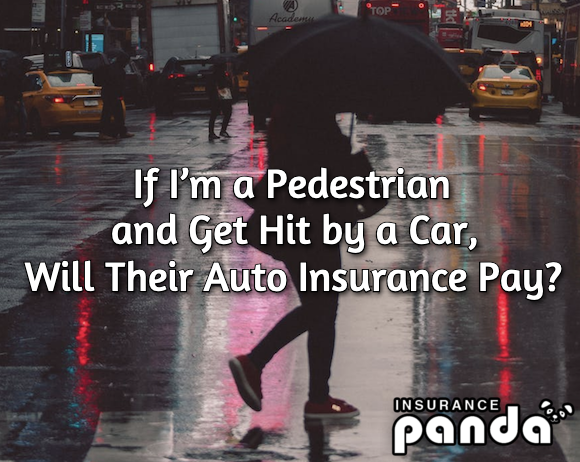 If it is determined that the defendant is 100% at fault for the accident, then his or her insurance company will pay for the plaintiff’s medical bills and other expenses. The plaintiff will only be compensated up to the limits of the defendant’s policy, however.

Most states have bodily injury liability limits in the $20,000 to $50,000 range. So, if you’re a pedestrian, get hit by a car, and are looking at medical bills greater than $50,000, you’ll either have to rely on your own health insurance coverage, pay your bills out of pocket, or sue the driver for further compensation.

The Handling of Medical Bills After the Accident

Many times, the at-fault driver denies fault for the accident. If this happens, his or her auto insurance provider will hesitate to pay the medical bills of the injured pedestrian. This could result in a legal battle in court.

If the plaintiff was working when he was struck by the vehicle, his or her’s worker’s compensation insurance provider will also be obligated to pay for the medical bills.

What About a Collision in Which the Driver or the Pedestrian Are Uninsured?

What If the Pedestrian Is Partially Responsible for the Accident?

Let’s say the pedestrian was jaywalking or sprinted suddenly into traffic. What happens then?

Is It Possible for the Pedestrian to Sue?

For example, if the pedestrian followed all local laws by crossing in a crosswalk or when they had the right of way and was still struck by the driver, the pedestrian has good grounds to sue.

If the driver did nothing illegal and was not in the wrong, however, the pedestrian might not have solid legal footing for a lawsuit.

Thankfully, most situations like these are settled without ever setting foot inside a courtroom. Settling outside of court, of course, saves both time and money. Injured pedestrians have enough stress and problems to worry about without the addition of a lawsuit.

Certain states also permit a pedestrian to file a lawsuit seeking damages for pain and suffering after an accident if there is a permanent scar or injury. If you are involved in such an accident, please take pictures of your injuries, obtain a medical report from your doctor, and save all documents related to the incident. This information sets the stage for a potential successful lawsuit or at the bare minimum, a successful claim.

There is a common misconception that pedestrians can only seek damages for medical bills after they get hit by a car.

Aside from medical bills, pain and suffering, emotional distress, lost wages, and other punitive damages can also be on the table.

If the car-pedestrian collision prevented the pedestrian from working, he or she can be compensated not only for lost wages but also for disability benefits and diminished earning capacity. Compensation can also be sought for future medical expenses as time progresses.

If the injured pedestrian ends up passing away as a result of the accident, damages will also extend to funeral expenses. If the plaintiff suffers a loss of capacity to enjoy life, this will also be accounted for when damages are calculated. In fact, damages also extend to reimbursement for mileage both to and from appointments for medical care. In rare instances, punitive damages are tacked on to the damages to punish the defendant for his or her egregious negligence.