How and Why Can Insurers Deny Your Claim? 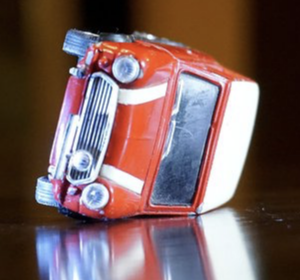 Your claim can be denied for thousands of different reasons. However, there are certain common reasons why car insurance claims can be denied, including:

You might assume your car insurance policy covers everything. Unfortunately, that’s rarely the case. Car insurance policies are filled with exclusions. You might not be covered under certain conditions, for example. Or, your policy might not cover things like hail damage, vandalism, or theft – especially if you don’t have comprehensive coverage. Read your policy to make sure you understand what is and isn’t covered.

Car insurance companies will likely deny your claim if your policy has lapsed. They may also deny your claim if the other driver’s insurance policy was inactive at the time of the collision. In this situation, you would need to rely on uninsured motorist coverage. A lapsed policy can occur when you forget to make a payment or fail to renew your policy.

Failure to Notify your Insurer in a Timely Manner

Ideally, you’ll notify your insurance company within hours of your incident. Your auto insurance policy will dictate how quickly an accident needs to be reported in order to be covered. If you fail to report an accident in a timely manner based on the terms of your policy, then your claim may be denied.

Other Common Reasons Why a Car Insurance Claim May Be Denied

As mentioned above, a car insurance claim can be denied for thousands of different reasons. In addition to the three common reasons listed above, here are some more common reasons why claims get denied:

You Were Driving Under the Influence

If you were driving while under the influence of drugs or alcohol, then your insurance company might deny your claim. Drivers who get into an accident while over the legal limit may face a denied claim.

Your claim might be denied if an excluded driver was operating your vehicle at the time of the incident. If you’re an excluded driver and you were driving the vehicle, then your claim may be denied. Make sure you list all regular drivers in your household to avoid encountering this problem when you need to make a claim.

Insurance companies lose billions of dollars every year to fraudulent claims. Your insurance company might deny your claim because they believe it’s fraudulent. Your claim might be denied until you provide further proof of the incident – like a police report, photos, or video footage.

You Have Insufficient Coverage

Some states have extraordinarily low requirements for basic liability plans. Drivers might only receive $10,000 in compensation for an accident, for example, if they have basic liability plans. That might be enough to cover basic repairs – but it’s rarely enough to cover hospital bills, lost wages, medical expenses, and other damages incurred as a result of an accident. Your auto insurance claim could be denied because you have insufficient coverage. In this case, you’ll likely need to cover expenses out of pocket.

You Live in a State with No-Fault Coverage

Ultimately, there are countless reasons why an insurance company could deny your claim. We’ve listed some of the most common reasons above. If your car insurance claim has been wrongfully denied, then you may consider hiring a public adjuster, an attorney, or your state’s Insurance Commissioner for additional assistance.