What if the At-Fault Party Lies about the Car Accident?

Unfortunately, not all car accidents are straightforward.

In most instances, it comes down to a he-said-she-said debate.

If you are involved in a motor vehicle accident, and the other party blatantly lies about fault or even misrepresents facts on the police report, you are not out of options. Instead, you have ways to protect yourself from taking the brunt of the blame (and the hike in insurance premiums).

To protect yourself, you must first understand how fault is determined in an accident – and see how lying only works against the other driver.

How is Fault Determined in a Car Accident? 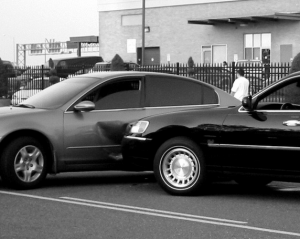 To strengthen your case and show the other party is lying about the accident, you need to know how fault is determined – and why there is no reason to worry about what the other driver has to say.

The first piece of evidence used by insurance claim adjusters to determine fault is the police report. This helps the adjuster figure out what happened. Sometimes the official police investigation is more reliable than witness statements – only because statements and relying on someone’s memory recall is not always the most accurate.

While the claim’s adjusters use the police report, this is not the only piece of evidence. In fact, the evidence you collect yourself might help prove that the other driver is lying about the crash.

You have a few ways to gather evidence. One of the most important is the photographs. A picture can tell plenty in a car accident investigation. Claim’s adjusters have analyzed accident scenes extensively, and most have years of experience determining fault. Therefore, when they see a photograph of the scene, they often can tell which party was more likely to have caused the collision.

Another critical piece of evidence is witness statements. Witnesses are not involved in the crash and have nothing to gain by the outcome of the investigation. Therefore, a claim’s adjuster might weigh their statement more against the parties in the accident itself.

It is easy to become upset when you know the other driver is making false claims about who is indeed at fault in an accident. Before you begin a yelling match or lose your cool at the scene, here is what you can do:

Again, it is essential to keep your emotions in check. Confrontations, accusations, and finger-pointing only make you look like the aggressor. You cannot change someone’s mind at the scene, especially if they have already decided that they want to lie to law enforcement. Furthermore, anything you say at the scene may be used in the report; only working against you.

2. Do What You are Supposed to Do

The other driver might jump out of their vehicle pointing their finger and blaming you, but this is not the time to argue back. Instead, do what you are supposed to in an accident, which includes contacting the authorities to report the incident, and seeking medical help.

The best protection you have is the third parties not involved in the crash. Someone will see the incident, and they can help clear up any false information. Ask the witnesses for their contact information, see if they will stay around for the officers to interview too. Likewise, start taking photographs with your phone of the scene, including the vehicles and their damage, placement of the cars, the weather and road conditions, and any injuries present at the scene.

4. Keep Your Story Consistent and Honest

The other party is lying, which is frustrating. However, this is not the time for you to lose sight of the facts. Instead, keep your story consistent, be honest, and do not embellish anything. Consistency and truth in your statement will go far during the investigation.

It is a Crime to Lie on a Police Report

When you are at the scene, keep your answers honest always. It is a crime to file false information on a police report – and one that you could potentially serve jail time for. Furthermore, an insurance company may find it as grounds to drop you as a customer if you lie about an accident to them during the claim’s investigation process.

Lying to an officer about an accident could result in criminal charges including obstructing an investigation or making false statements to an officer.

If you suspect the other driver is lying, do tell your claim’s adjuster. Even if you are not at fault, you must report to the insurance company the accident, and you can let your adjuster know your side of the story, but also the evidence you have supporting the other side is lying.