What Do Auto Insurance Claims Adjusters Do?

You’ve just experienced a bad auto loss and have turned in the claim to the insurance company.  Hopefully, nobody was injured, but let’s say your vehicle was totaled. 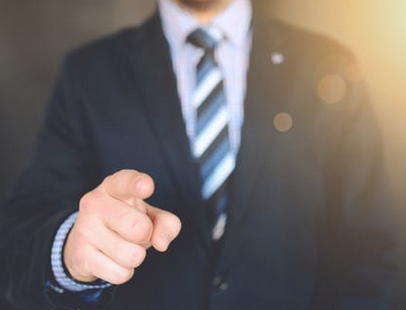 Your next call will be from the much-maligned, but much misunderstood, claims adjuster. He/she will either become your best friend or your worst enemy, depending on how smooth the claims process goes and how much money you receive for your loss. They seem to wield an extraordinary amount of power over the emotional and financial well-being of all people who carry auto insurance. Who are these people and what do they do?

At a basic level, claims adjusters’ roles are seemingly simple: it is their job to investigate claims and deal with their insureds. This is not an easy job, however, and is perhaps one of the most difficult in the entire insurance industry.

Their role is actually that of an investigator more than anything else. But they are also responsible for talking to the people involved in the claim. And not just talking, but explaining why they might be denying their claim, and also paying out the settlement money.

These are huge responsibilities to shoulder, especially for someone who does not directly know any of the people involved. Of course, your insurance agent should be involved in the process too, but they are not directly involved in determining who gets paid or how much.

Okay, so the life of a claims adjuster might not be as dramatic as Sherlock Holmes, but it does involve some detective work sometimes, more than you might think! Claims adjusters have to play the role of a detective because they need to find out exactly what happened. This is because they need to determine who was at-fault, if there was actually coverage for the incident, what the total amount of damages are, and also if there was any fraud.

The last point actually happens quite frequently in insurance. Usually, you hear more about insurance fraud involving life insurance because the money involved is a lot higher. But that doesn’t mean that fraud never occurs with property damage. Fraud doesn’t even have to involve large amounts of money.

For example, let’s say an insured calls his insurance company one day and informs them that their vehicle caught fire and is completely destroyed. Are the insurance company and the claims adjuster just supposed to take them at their word and blindly give them a check?

Who Do Adjusters Work For?

One important thing to know about most claims adjusters is that they represent their insurance company. This may seem obvious, but it’s important to consider what this actually means. As a representative of the insurance company, it is their duty to protect the interests of that company. This could mean protecting their financial assets, aka not paying claims or paying a lower amount than what they should.

However, this could also mean protecting their company’s reputation. For example, if the adjuster has initially denied a claim, but the customer fights against it, gets their insurance agent involved, and generally seems very unhappy, the adjuster might consult with their company and decide to pay the claim to protect their reputation, thinking it’s better to have a happy customer and be out some money, rather than face the negative publicity of a bad claims experience.

There are also some claims adjusters that do not represent a company. These claims adjusters are essentially contractors, who are given a contract and are sent out on claims for a particular company, but they are not directly employed by that company.

Are Claims Adjusters For Us? Or Against Us?

Is it really a bad thing that claims adjusters represent the insurance company instead of the insured? Isn’t this almost like making a deal with the devil? We’re trying to get money for our covered claim, and the person sent to handle this is from the same insurance company that now has to pay out money? It doesn’t seem quite right…

In fact, claims adjusters are salaried people, meaning they have no financial interest in the outcome of a claim. Yes, they represent a company, a for-profit business that has to keep in mind its bottom-line finances. There are cases of adjusters trying to find a way to deny a claim or to underpay what the insured deserves.

But there are many more honest and good claims adjusters out there, who are just trying to do the right thing. They love helping people in times of great need, as do most people in the insurance industry. But even then, there is a set process that they must follow. If there wasn’t a strict claims process that they adhered to, with the full investigation and everything, then insurance fraud would be much more prevalent, and the whole business of insurance wouldn’t survive.

Countless insurance companies and claims adjusters stake their reputation on looking out for the interests of their insureds and delivering excellent claims services.

Hopefully, you never have any auto insurance claims and won’t have to deal with a claims adjuster. But if you do, you’ll have a better understanding of their job and their vital role in the accident.