What Are the Common Types of Car Insurance Fraud?

Some owners commit fraud by dumping their vehicles. This is known in the insurance industry as an “owner give-up”. A vehicle’s owner might dump their perfectly usable vehicle in a lake. They might drive it to a remote place and light it on fire. They might report it stolen and drive it into the woods somewhere. 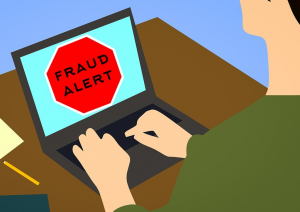 False Registration, Including Registering your Vehicle to a Different Address or ZIP Code

You might pay higher insurance rates because you live in a dangerous ZIP code. You might park on the street in a neighborhood known for high levels of car theft, for example. Your insurance company wants to charge higher premiums than if you lived in a safer neighborhood.

Some drivers will commit false registration auto insurance fraud by registering their vehicle to a different address or ZIP code. You might have an aunt who lives in a nice, safe part of town, for example. You register your vehicle under her address to get cheaper insurance.

You may have heard of the other scams on this list. However, you may be surprised by this type of fraud: faulty airbag replacement is a surprisingly common type of insurance fraud.

Faulty airbag replacement is a form of car repair fraud. Replacing an airbag is expensive. Some low-quality repair shops will charge you (or your insurance company) for a full, legitimate airbag, only to stuff your airbag compartment with something like packing peanuts. Your airbag sensor reports everything as normal, but your airbag will certainly not work. You can even find reports online of mechanics stuffing beer and soda cans into airbag compartments to give the sensors a faulty reading! Since most drivers never need to use their airbags, this fraud can go undetected for years.

Airbag replacement fraud is such a big deal that some states have passed harsh penalties preventing faulty airbag fraud. If you’re convicted of faulty airbag fraud in California, for example, then you can be charged $5,000 or spend up to a year in prison.

You can find reports of faulty windshield replacement fraud occurring in parking lots. Someone might approach your car and offer to replace your windshield – even though it’s perfectly fine. The scammer might claim the replacement is covered by your insurance company, and that they have the perfect windshield for your vehicle ready nearby. Don’t fall for this scam.

The Panic Stop: This situation is similar to the “swoop and squat”. A car will pull in front of you. That car will have a “spotter”. Sometimes, the car will have malfunctioning brake lights. The spotter is staring in the mirror or looking out the rear window of the car. As soon as you take your eyes off the road – say, if you look to your left or right for a split second – the spotter tells the driver to brake. You hit the car in front of you because you were distracted.

The Fake Wave In: Some staged car accidents rely on a “fake wave in”. You might be trying to merge into a lane. The driver behind you waves you in, and you move into the lane. Then, the rear driver accelerates and hits your vehicle. The rear driver tells police that you were never waved in, and now you look like a careless driver.

Side Swipes: If you’re turning across an intersection with a double turn lane, then you might fall victim to the sideswipe scam. In this scam, another driver swerves into your lane as you’re turning. When the police arrive, it’s one driver’s word against the other’s. Some scams involve false witnesses.

False witnesses play a key role in many of the staged accidents listed above. Sometimes, a scammer will deliberately cause an accident at a certain intersection. You wait for witnesses to corroborate your story – say, that the other driver swerved into your lane. But the witnesses standing at the intersection – who are working in partnership with the driver – claim otherwise.

When the police arrive, it’s your word against the word of multiple, seemingly unconnected people.

Lying on your Car Insurance Application

Some people commit fraud by lying on their car insurance applications. This is a very common type of fraud.

Sometimes, people make a genuine mistake on their application – they accidentally report their car as a 2014 model instead of a 2015 model, for example.

In other cases, drivers commit more serious types of fraud on their application – they claim to be the primary driver of a vehicle when another member of the household – like a parent with a DUI – is the real primary driver.

This is one of the most common types of car insurance fraud. This scam involves exaggerating damages or medical expenses. You might exaggerate your neck pain, for example, in order to receive additional compensation from your insurance company.

Or, you might claim damage to your vehicle from a previous incident that occurred in a more recent collision.

Some people will also exaggerate the amount of money they paid to a medical center or a mechanic. Others will misreport their wages in an attempt to get more compensation for lost income.

Ultimately, every major insurance company loses money to fraud on a daily basis. Fraud comes in all different forms. That’s why all insurance companies have special investigations units. These units – often in partnership with local law enforcement – will investigate your claim if they even get a hint of insurance fraud. If they can prove you committed fraud, then your claim may be denied.