How Much Does the Average American Spend Per Month on Car Insurance?

Auto insurance is one of the biggest monthly expenses for many Americans. In fact, behind mortgage, rent, and auto loan payments, auto insurance is the largest bill that Americans pay on a monthly basis.

How Much Does an Average American Pay for Insurance? 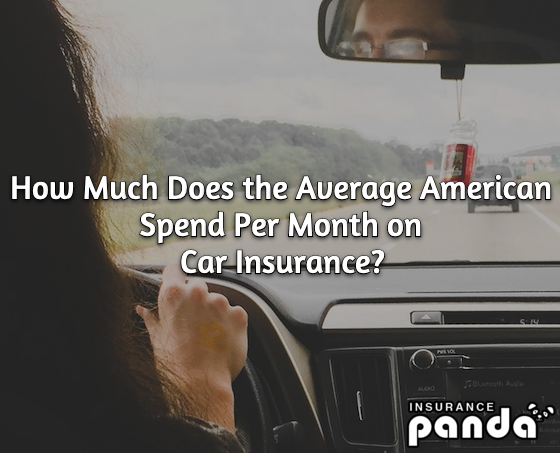 According to the National Association of Insurance Commissioners, the average American spends approximately $900 per year on car insurance, which works out to $75 per month.

Remember that this number includes car insurance prices from across the United States, and car insurance costs vary widely between states. Car insurance in Michigan, for example, is infamously expensive, while drivers in Idaho, North Carolina, and Iowa pay some of the cheapest prices for car insurance.

Keep in mind that all of these numbers are averages. That means, roughly speaking, approximately half of the drivers in the United States pay less than $74.08 per month for car insurance, while half pay more.

Take a few minutes to shop for car insurance online today and you may be surprised by what you find. Request a quote from insurance companies serving your area. Within a few minutes, you might get a quote that’s 20% or 30% less than your current monthly insurance cost.

Why Am I Paying More than $75 Per Month for Car Insurance?

Most studies show that the average American spends about $70 to $90 per month for car insurance. In some states, the average number is much higher, while in other states, it’s much lower.

Why are you paying more than $75 per month for car insurance? Does this rate seem particularly low to you? Well, here are some of the factors that go into calculating your car insurance rates:

A 20-year-old unmarried male, for example, will pay significantly more for car insurance than a 22-year-old married female, generally speaking.

Trends reverse with age: a 50-year-old male driver typically pays less for car insurance than a female driver of the same age, all other things being equal.

If demographics are affecting car insurance rates, then there’s nothing you can really do about it. Don’t get married just to save money on car insurance!

Your location plays another huge role in the price of car insurance. Different states have different insurance requirements, for example. Some states are no-fault states, which typically means higher costs but better coverage.

However, even if you have multiple at-fault accidents, you can still get affordable rates on car insurance. You just need to spend more time shopping around. With a bit of searching, you can find perfectly affordable car insurance that meets your unique needs.

The average American driver pays about $75 per month for car insurance. Drivers in some states – like New Jersey and California – will typically pay much more per month, while drivers in other states – like Idaho and North Carolina – will pay much less per month.

If you’re paying less than $75 per month for car insurance today, then good job! You’ve beaten the average!