Why Is Car Insurance So Expensive in Michigan? 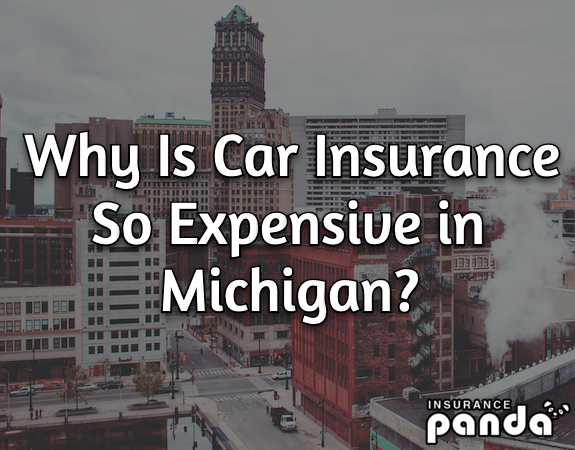 First, let’s clarify something. Michigan drivers have a reason to complain. It’s not in their imagination: Michigan is literally the most expensive state in America for car insurance.

Industry website Insure.com creates a list of the most expensive states for car insurance every year. Every year they’ve calculated the rankings, the company has ranked Michigan in the #1, #2, or #3 spot. Michigan has never fallen below #3 in Insure.com rankings. For 2020, Michigan is number one yet again.

In fact, in the last 8 Insure.com rankings, Michigan has captured the number one spot 5 out of 8 times.

Most states in the top 10 list have average annual car insurance premiums of $1,700 to $2,000. Michigan, meanwhile, isn’t even close: at $2,878 it’s hundreds of dollars more than the next most expensive states.

Here are the top 20 most expensive states for auto insurance in 2020:

We’ve established that Michigan has some of the most expensive car insurance rates in the country. But why do Michigan drivers pay more? Let’s take a closer look at some of the factors.

Many of the most expensive states in America for car insurance have a common theme: they all have no-fault car insurance policies. Michigan, like Florida and other states, has a no-fault system that allows drivers to recover financial losses from their own insurance company regardless of fault. It means your insurance company will pay for your medical expenses even when you’re not at-fault for the collision.

Apart from Personal Liability and Property Damage (PLPD) coverage, Personal injury protection (PIP) insurance is also required for all drivers in Michigan. Car owners are required to buy PIP insurance that covers the medical expenses of the policyholder and household residents if they’re injured in an auto accident. This coverage also extends to passengers who don’t have their own PIP insurance.

3) Michigan’s PIP Insurance Requirements Are Different than Other States’

12 other states in America have no-fault car insurance policies and PIP insurance requirements. Why is Michigan more expensive than all of these other states?

Well, other states place a limit on PIP coverage. Michigan’s PIP policy, however, does not: in Michigan, PIP policies guarantee unlimited lifetime medical benefits to those injured in an auto accident.

To make things worse, Michigan also has some of the highest rates of uninsured drivers in the United States. Approximately 1 in 5 Michigan drivers do not have any car insurance. This means the pool of normal, law-abiding drivers are paying higher insurance rates to cover the pool of those driving without insurance.

For a better idea of why auto insurance rates are so high in Michigan, listen to a Michigan lawyer explain the insurance situation in the state:

Conclusion: Compare Rates to Save Money on Michigan Car Insurance

Ultimately, Michigan drivers continue to pay the highest rates in the United States for car insurance – and things are unlikely to change anytime soon. Michigan’s no-fault system, stringent PIP requirements, high rates of insurance fraud, and high rates of uninsured drivers push Michigan’s average auto insurance rates higher than those of any other state in the country.