Why Auto Insurance Is So Cheap In North Carolina

If you live in North Carolina, you are enjoying some of the lowest car insurance rates in the country reports ClaimsJournal.com. Based on information compiled by the National Association of Insurance Commissioners (NAIC), the average premium on a policy that had liability, collision, and comprehensive coverage was $707. There are several factors that help North Carolina out. Stuart Powell, vice president of Independent Insurance Agents of North Carolina and David Marlett, a professor at Appalachian State University claim that some characteristics are good roads, a good police force, and because a large portion of the state is rural, they generally have fewer accidents. 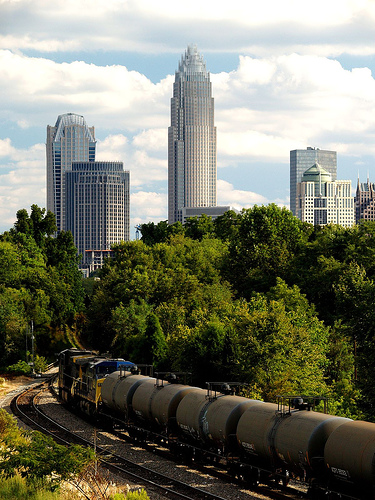 Learn more about the auto insurance system and the changes that might take place. From InsurancePanda.com. (Image source – FLICKR)

Another thing that helps North Carolina maintain a low insurance rate is the way they handle personal injury lawsuits. It’s pretty hard to win a lawsuit by determining if the person who was injured was at fault and that saves insurance companies a lot of money. But while they have some of the lowest rates, some people are working to overhaul the rating system and they say it will benefit good drivers. Right now, it seems as if good drivers are paying more than should for their insurance premiums. Property Casualty Insurers Association of America (PCIAA) is one group that is seeking a change for the rating system. Oyanga Snell, a member of PCIAA, says, “It’s great to throw out the statistic that our prices are the lowest in the country, but why? Rates are being suppressed. There are a number of drivers who are not adequately assessed at the rate that they should be paying. It is not fair to subsidize somebody else’s bad driving.”

While it doesn’t seem fair to pay for someone else to have insurance, if insurance rates were higher, there would be a chance that more would not be insured. As a state’s rate of uninsured rises, so do the insurance rates because there is a higher risk that the company is going to have to pay uninsured motorist claims.

When it comes to determining how auto insurance rates are set, North Carolina walks its own path. When determining rates, North Carolina says that all insurance companies have to come together and propose an industry-wide rate increase or decrease. After this is done, the state then has to review the proposal, which they can either approve or take back to the insurance companies with changes. This type of system was originally created to help small insurance companies but the state is now the last person using this type of regulatory system and it’s not evident how much of a part this plays in keeping rates low for consumers.

Some in the auto insurance industry are pushing for these changes while there are others that oppose it. Nationwide uses the uninsured motorist plea, arguing that if rates rise it’s likely that the number of uninsured or underinsured motorists will rise as well. Eventually, the population will absorb those costs in a negative way. It will be interesting to see if the system changes are passed and what affect it will have on motorist’s insurance but no matter where you live, there are always factors out of your control that affect your insurance rates.

Outside Factors that Determine Your Rates

Insurance rates are set by individual states and when they sit down to determine these rates, they have to take things into account that could affect the percentages of claims and ultimately, the amount of money that insurance companies pay out. Because of this, insurance rates are quite different from state to state and moving across state borders could significantly impact your insurance rates. Now it’s not expected that many people base their home location decision on insurance rates. It’s a big factor though. And it’s not just because of the actual location. You might think that states prone to natural disasters would have high insurance rates and while that may be true for homeowners, with auto insurance, it’s not the driving factor. There are a number of things that influence a state’s decision.

For example, right now Michigan has the highest auto insurance rates in the country. It might seem odd that such a random state has such high rates but it’s because of Michigan laws. There, you have unlimited personal injury protection so the insurance companies stand a high chance of having a big pay out and often have to do just that. The state has to recover that money some way and it’s by charging citizens higher premiums. Louisiana has the second-highest rates in the country for a slightly similar reason. It has the most injury claims in the country says Forbes.com. So while Michigan has to deal with the risk of very high payouts although infrequent, Louisiana has a lot of people making claims and those small claims can add up to a very big pay out.

Other things that can influence the state’s decision is how much car repairs and medical care costs, whether insurance fraud is rampant, and how densely populated the state is. Remember, North Carolina enjoyed low rates because not that many people lived there. With fewer people comes less risk. While it’s not expected that you’re going to be moving anytime soon to get lower insurance rates, it’s important that you understand how your state determines your rates. While it can seem as if everything is connected when your state comes up with insurance rates and your voice doesn’t matter, there are other ways that you can control your rates.

Being a safe driver is going to be the number one way to keep your rates down. The more violations you have, the more of a risk you pose to the insurance company. But even bad drivers can get insurance. You have the freedom to shop around for the best prices available to you so be sure to take advantage of this, no matter where you live.