Most Expensive Places For Car Insurance – Insurance Rates Per State

When you generally think about what determines your auto insurance rates, the standard things come to mind. The kind of car you drive, how far you drive to work, what your credit score is, and oh yeah, your driving history. Typically, it will be your driving history that will have the number one effect on your insurance rates but you should also know that the state you live in could make a big difference. 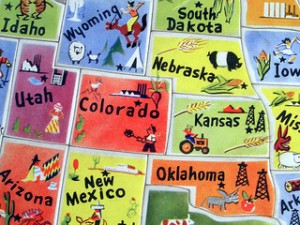 Learn more about the most expensive states to insure your car below. (Image Source – FLICKR)

If you are thinking about moving anytime soon, auto insurance rates probably shouldn’t be your main factor in the final decision but moving is an expensive task to undertake and you should know all the costs that are associated with it. In April of 2020, Insure.com published a comprehensive list of insurance rates based on states, including the District of Columbia. The study was conducted using a 40-year-old driver who had an average of a 12-mile commute to work. The company took quotes from six different providers and averaged them together to come up with a rough estimate per state.

Amy Danise, the senior managing editor of Insure.com, says that “We often think of car insurance prices strictly in terms of our own personal details, like our driving record and our coverage amount, but Insure.com’s rankings demonstrate how factors like state laws and the judicial system can be the driving force behind high rates.”

The Top Five Most Expensive States To Insure

The top five most expensive states to insure a car in were Michigan, Louisiana, Oklahoma, Montana, and Washington D.C.

You might be surprised to see the three most populous states in the country, California, Texas, and New York, not on this list. Don’t be mistaken into thinking that they are cheap places to insure your car, however. Those three states rank #6, 9, and 10, respectively, on the most expensive states to insure your car list.

While it’s true that your state will determine the overall rate percentage you are placed in, it is ultimately you that will determine how they go. If you maintain a clean driving record and keep a safe car on the road, you should be able to offset any kind of harm your state will have on your auto insurance policy.