Why is Car Insurance So Expensive in California?

The state of California is big.

In some ways, it could serve as its own country, mainly because it spans over 900 miles from top to bottom – rivaling some countries in Europe.

To exacerbate the issue, California has a population of 39.54 million residents – with Los Angeles holding a heaping 4 million alone. To put that into perspective, the U.S. population is approximately 325.7 million. Considering how many states there are in the country, California certainly holds a chunk of it.

If you own a vehicle in California, you know how expensive it can be to insure your car.

Rates can skyrocket depending on which area you live too – but they may decrease also. It comes down to where you live, where you drive to work, the car you have, and the miles you put on that vehicle annually. 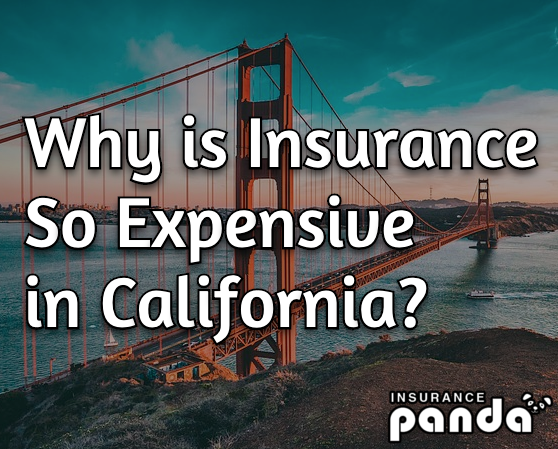 According to Business Insider, California ranks as the 7th most expensive state to register a car. What might surprise you, however, is much smaller states rank even higher. Michigan, for example, ranks as the most expensive, and West Virginia takes second.

California drivers, on average, spend $1,962 annually on insurance rates and carry an average monthly premium of $164 per vehicle.

When the Insurance Information Institute (III) did a factual analysis of insurance rates, they found that over 26 million California drivers were insured in 2015.

On average, they also found that in 2016 drivers spent an average of $520.81 on liability, $423 on collision, $99 on comprehensive, and the total average of auto insurance expenses were $892. These jumped California from ranked at 22nd in the country for the highest premiums to 19th in 2016. By 2018, California leaped into the rank of 7th most expensive.

Not all Californians pay the same rates. Certain areas of the state see cheaper average premiums. For example, cities like Fullerton and Newbury Park have slightly less expensive prices than the average – saving drivers anywhere from $200 to $300 per year.

Cities that are the most expensive include Paramount, Huntington Beach, and Modesto. These are because they are in the premier metropolitan areas of Los Angeles County along with the extensive Bay Area by San Francisco.

Cheapest Companies to Insure Your Car in California

As a driver trying to save, you may wonder what makes the rates so high for California, especially when smaller states like Michigan and Arizona are ranking even more expensive, and larger states like Texas are still cheaper than California.

It is not that the insurance companies in California are greedy, but instead, it is the facts. Insurers know the risks of a car on the highway in California. After all, how many accidents do you see on the I-405?  Anyone who has traveled through Los Angeles during rush hour traffic knows that despite the outrageous width of that highway, you succumb to endless traffic congestion, minor fender benders, and more.

Furthermore, the I-405 is one of the busiest highways in the country, ranking as the highest in annual average daily traffic.

So, if you happen to frequent this highway or others like it, you may notice a hike in premiums alone. This is not the only reason Californians have higher rates. Other causes include:

The Volume of Residents

Likewise, the higher volume of residents in urban areas contributes to the increased rates for those living in those areas. More cars do not just mean more accidents, but also more chances of claims for dents, hit and run accidents, theft, and vandalism.

California’s population is not just significant, but the motor pool from that population is equal. If you were to look at a state like New York, you have plenty of people and traffic, but most use public transportation. With fewer people physically driving on the roadways, the rates go down.

New York’s population as of 2010 was just over 19.3 million. Out of that population, 54 percent do not own a vehicle and solely rely on public transportation.

In comparison, only 5.3 percent of the California population actually commute via public transportation.

Therefore, while New York has a high volume of residents, most of them are not driving; thus, reducing risks.

California insurance rates are one of the highest, which means you have more drivers uninsured or underinsured on the road.

The III estimated that 15.2 percent of drivers in California were uninsured in 2015, which ranked them as the 12th highest of uninsured motorists.

The minimum wage for California workers is $12 per hour. While this sounds more than generous, you must also consider the cost of living – including the price of gasoline and even food.

Now, consider the cost of living in the state. According to Smart Asset, the average rent for a studio apartment was $1,680 – approximately $618 above the national average. If you want a three-bedroom apartment, expect to pay closer to $2,657 per month.

Other states do not even have mortgages for 5,000 square foot homes that reach that much. With such a high cost of living, most drivers will carry the bare minimum for the state.

Unfortunately, the bare minimum often means that in a severe accident, the insurance company for both parties is paying more. The underinsured party at-fault only pays out to their maximum, which then requires the other driver to use their underinsured motorist protection to cover the rest – costing both companies more.

There is Hope for a Financial Savvy Californian

While you might live in one of the more expensive states to insure a vehicle, do not think you cannot find a reasonable rate.

Your best option is to compare multiple companies. Get quotes and exercise the fact that you have a good driving record. Consider how many miles you drive, where you live, and any adjustments you can make to your policy.

You may be able to increase your deductible slightly to save on annual premiums, or you may have some bundling and loyalty options to exercise and save even more.

California auto insurance is expensive, but when you shop around and know what helps drive down your premium, you can avoid falling victim to the average.