Why is Car Insurance So Expensive in Louisiana?

If you look at a list of the most expensive car insurance policies by state, then you may be surprised to see Louisiana on the list.

Louisiana is typically ranked as one of the top five most expensive states in America for car insurance. In many years, it’s been ranked as high as number one or two on the list.

Why Do Louisianans Pay More for Car Insurance?

Louisiana has some of the most expensive car insurance in the United States for a number of different reasons. 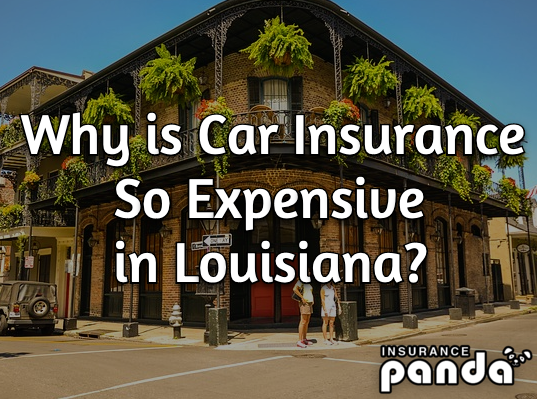 Typically, states with bad weather and dangerous driving conditions tend to have more claims than states with good year-round weather.

None of this, of course, explains Louisiana’s high insurance prices. It doesn’t snow in Louisiana. There’s no ice to create slippery driving conditions. There are also only 4 cities in Louisiana with more than 100,000 residents (New Orleans, Baton Rouge, Shreveport, and Lafayette).

So why does Louisiana pay more for car insurance than other similar states?

To answer that question, we turn to USA Today, which recently interviewed insurance industry analysts to determine why Louisiana is such an expensive state.

According to those industry analysts, Louisiana has a unique problem: it doesn’t have winter weather, nor does it have a highly urbanized population. Instead, Louisiana has a large number of bad drivers who make big claims and sue each other in front of friendly judges. This leads to high insurance payouts. In response to these payouts, insurance companies are forced to raise rates.

Just How Much Does Car Insurance Cost in Louisiana?

The following table shows the average auto insurance rates in Lousiana by city/town:

You might think that states with winter weather would have higher insurance rates than states with warm year-round weather like Louisiana.

A high portion of Louisiana drivers involved in car accidents will file bodily injury claims. All car accident lawsuits for less than $50,000 will go before elected judges. These judges – at least in Louisiana – tend to side with consumers more often than insurers.

Other studies point to Louisiana’s large numbers of bad and irresponsible drivers. Louisiana is one of the worst states for accident frequency.

Louisiana has another serious problem: nearly 14% of Louisiana drivers are uninsured. They drive without liability insurance. About 40% of drivers are underinsured, carrying just the minimum liability coverage required by state law.

Final Word – Why Is Louisiana Car Insurance So High?

Louisiana has some of the highest insurance prices in the United States. In some years, Louisiana is ranked as high as number two on the list of most expensive insurance policies (behind only Michigan). It rarely falls out of the top 5 states in terms of car insurance prices.