Why Is Auto Insurance in Montana So Expensive?

Drivers in Montana frequently complain about the price of car insurance. Depending on your location and other factors, some drivers In Montana pay particularly high prices for car insurance. 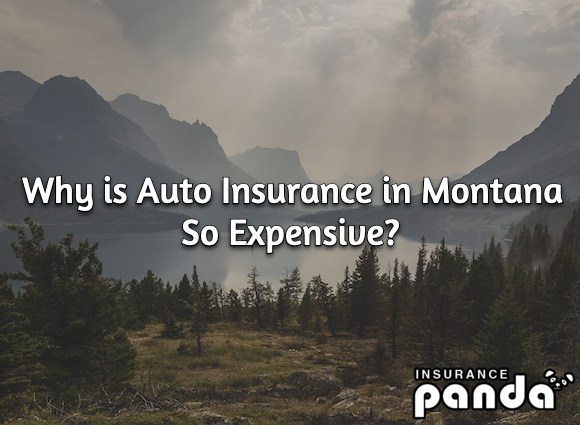 In Montana, the average driver pays around $1,700 per year for car insurance, which is significantly higher than the nationwide average of $1,350.

Below, we’ll explain some of the factors that raise insurance premiums in Montana – including ways you can save on car insurance anywhere in Montana.

Montana Has the Highest Vehicle Fatality Rate in America

It doesn’t take much research to determine why Montana has some of the highest car insurance premiums in the United States: Montana has a very high vehicle fatality rate.

In fact, Montana has the highest vehicle fatality rate in America in most years. That means there are more fatal accidents per capita in Montana than in any other part of the United States.

A number of factors influence Montana’s high traffic fatality rate. Some blame bad weather. Others blame bad drivers or poor driver education. Some blame higher rates of drunk driving or other dangerous driving behavior. There’s no single cause behind Montana’s high traffic fatality rate – but it remains among the highest rates in the nation in most years.

Why Car Insurance is Expensive in Montana

Here are some of the other reasons why car insurance is more expensive in Montana:

High Traffic Fatality Rate: As mentioned above, Montana frequently leads the nation in traffic fatalities per capita. Although Montana has a lower population than most states, it has more fatal accidents per capita than virtually any other state in America.

Higher Repair Costs: Repair costs rise every year in Montana, and insurers pass these costs onto policyholders. It may have cost $250 for basic bodywork in Billings ten years ago, but that same bodywork costs $400 today.

Higher Healthcare Costs: Healthcare costs have risen substantially across the United States in recent years, and Montana is no exception. Car insurance companies are often required to pay for medical bills of drivers and passengers, and they pass higher healthcare costs onto policyholders.

Severe Weather: Most parts of Montana experience cold, snowy winters. Certain parts of Montana can experience wildfires, floods, and other disasters. Natural disasters raise costs for insurance companies. If the Missouri River floods in Great Falls, for example, and damages hundreds of vehicles parked close to the river, then local insurance companies may have to pay millions to cover claims. From windstorms to blizzards to floods and wildfires, Montana has plenty of severe weather events that could raise costs for insurers.

Other Factors that Impact Insurance in Montana

Up above, we listed the state factors that impact car insurance premiums in Montana. Montana has severe weather and high traffic fatality rates that raise insurance prices, for example.

Location: Insurance companies check your ZIP code before assigning premiums. Some ZIP codes have higher crime rates. Other ZIP codes have a higher risk of natural disasters or traffic fatalities. In most states, drivers in urban areas (like big cities) pay higher premiums than drivers in rural areas (like small towns). Generally, this holds true in Montana, with drivers in Helena, Bozeman, Billings, Missoula, Great Falls, and other Montana cities paying higher rates for car insurance than drivers in smaller towns.

Age and Gender: Insurance companies consider age and gender when calculating insurance premiums. A young, male driver is riskier to insure than an older, female driver. Based on your demographics and statistics, you may pay more or less for car insurance.

Some of the best-rated car insurance companies for drivers in Montana include:

By comparing as many quotes as possible in Montana, you can find the cheapest possible insurance premiums.

You may live in Montana, but that doesn’t mean you need to pay costly rates for car insurance.

Yes, Montana has high accident fatality rates, more severe weather, and other factors that raise insurance premiums. However, by comparing quotes from multiple providers, you can pay the lowest possible rates for car insurance in Montana.