Does Your Long Commute Affect Your Auto Insurance Rates?

Does a long commute really impact auto insurance rates? Keep reading to find out everything you need to know about lengthy commutes and auto insurance.

Some Insurance Companies Consider Annual Mileage, While Others Do Not 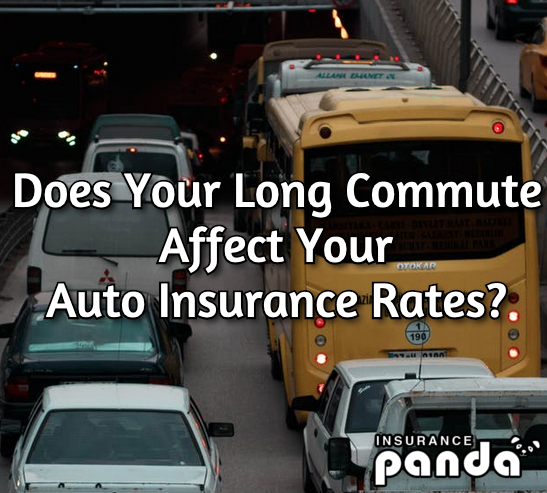 Today, it’s no longer common for insurers to ask about your daily commute. Modern lifestyles are more diverse than they were in the past. People don’t just drive to work and back from Monday to Friday, five days a week. Instead, people take road trips, work from home, share vehicles, and have other unique lifestyle habits.

That’s why most insurance companies consider average annual mileage instead.

Of course, your commute is just one part of your annual mileage. If you live in a remote area, then you might have to drive long distances for groceries. Or, you might take long road trips. Because of all of these factors, your average annual mileage may be higher than you think.

In most cases, insurance companies will not increase your premiums if you drive significantly more miles per year than average.

If you drive significantly fewer miles than average, then you could get a significant auto insurance discount.

Compare Quotes to Find the Best Insurer for Your Commute

That’s why it’s important to compare as many insurance quotes as possible. Insurers use different formulas to calculate premiums. You might pay $1,000 per year for car insurance with one company as a high mileage driver, only to pay $800 with another company.

By comparing multiple quotes, you can pay the lowest possible rates for car insurance regardless of your mileage.

Fortunately, most insurance companies don’t charge higher premiums even if you have a long commute.

Cars with Higher Mileage Are Cheaper to Insure

Drivers with long commutes may actually pay less for car insurance over time than drivers with shorter commutes.

Now, consider a driver with a shorter commute. That driver has the same vehicle and driving history, yet she only drives 500 miles per month. After 5 years, her car has 30,000 miles on it.

Because of this effect, a driver with a long commute may pay less for car insurance over time than a driver with a shorter commute – due entirely to the value of the vehicle and its wear and tear.

A long commute does not impact insurance premiums with most insurance companies. Some companies charge slightly higher rates to drivers with significantly more miles than average (25,000 to 30,000 miles), although it’s not a significant difference with most insurers. Similarly, some insurers offer low mileage discounts to drivers with fewer than 7,000 miles per year.

Compare insurance premiums with multiple insurers today to ensure you’re paying the lowest possible rates regardless of your commute time.