Is It Cheaper To Insure a Honda CRV or Toyota RAV4?

It’s finally time to buy that new vehicle. This time around, you’re passing on the Maserati in favor of one of the most popular vehicles in America: the compact-crossover SUV. And instead of luxury Italian, you’re choosing between two brands known for delivering on price, safety, and durability.

Should you get the Honda CR-V or the Toyota RAV4? That is a topic for another article. Here, we are going to look at which one is more affordable to insure?

This is an excellent question, and one that can tip the balance between two comparable vehicles. The cost to insure a specific vehicle should definitely be considered when choosing between vehicles.

Let’s examine the test we conducted before we go over the factors behind the results.

We requested an auto insurance quote from one of our trusted agents using a test subject to see if there was a difference, and where the difference came from. We used a 30-year old male driver in a mid-size city with a clean driving record. Just 1 driver on the policy, no extra discounts applied, and monthly payments by mail. The liability limits were:

We then did 2 separate quotes, one with a 2018 Honda CR-V, and the other one with a 2018 Toyota RAV4. Both quotes were with full physical damage coverage with $500 deductibles for both Comprehensive and Collision coverage.

Which one do you think came out higher?

Where did the difference come from? There was only a $16/year difference between the two crossovers on the liability-only quotes, with just a few dollars more on each category shown above. One or two dollars here or there is almost negligible, but it is still important. We’ll look at the reasons for this discrepancy further into the article.

Here is the breakdown of the costs involved in the two quotes with full coverage:

If you’ve never seen a premium breakdown before, there’s some good things that stand out. The most obvious is the cost of Uninsured/Underinsured liability. This is coverage that goes back to you and the occupants of your vehicle if the other driver is at fault and either isn’t insured or doesn’t have enough insurance to cover the cost of your damages.

UM/UIM is very inexpensive, but can be crucial in an accident. If you’re in a state that offers this insurance, always make sure you carry this coverage!

Another thing to note is the difference in cost between Comprehensive and Collision coverage. Collision coverage is always more expensive, and usually by quite a bit. This is because Collision accidents are far costlier to the insurance companies, as they tend to result in costlier repairs. They also happen more frequently.

Why the Honda CRV Won

Honda and Toyota both are known for making safe vehicles, so what makes the RAV4 more expensive to insure?

Both vehicles are top-rated for safety by the Insurance Institute for Highway Safety. They both have advanced safety features and do very well in crash tests. 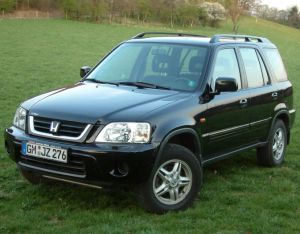 So if all safety features and crash tests are equal, insurance companies look elsewhere to set rates on particular vehicles. They’ll look at claims histories and the amount paid on claims involving both vehicles.

It’s easy to jump to the conclusion that the RAV4 is more of a “threat” on the road than the CRV, and that it causes more damage to other vehicles in accidents. However, this isn’t necessarily the case.

The RAV4 has caused more damage, but it’s more a consequence of luck than anything else. There isn’t anything inherently more dangerous or damaging in the RAV4, that’s just the way that the claims have went.

One other thing to keep in mind is the cost to repair vehicles. Obviously, advanced safety features are a great thing in vehicles. They do a better job of keeping our loved ones safe in an accident.

However, with all of the advanced technology present in today’s car, even minor accidents can cost a lot of money to repair. So in claims involving the two vehicles, insurance companies have paid out more money to repair the RAV4, if only slightly.

If the CRV has a couple of bad years, meaning it’s involved in more serious and more expensive claims than the RAV4, then the price to insure it will no doubt be higher.

But for the moment, the Honda CRV is less expensive to insure than the Toyota RAV4.