Is It Cheaper to Insure a Toyota Camry or a Honda Accord?

So you’re comparing the costs of owning two of America’s most popular cars: the Toyota Camry and the Honda Accord. 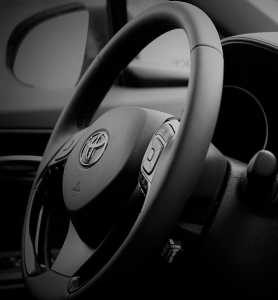 A decade ago, there was a prevailing myth that Honda vehicles were more expensive to insure than Toyota vehicles.

Today, this doesn’t really hold true. Typically, Honda and Toyota vehicles cost approximately the same amount of money to insure: both Toyota and Honda cars are popular. Their parts are readily accessible at repair shops across the United States. Mechanics know an equal amount about both vehicles. When you control for the price of the vehicle, there’s minimal difference between insurance prices on a Toyota and a Honda.

That being said, there can be differences between a Toyota Camry and a Honda Accord in terms of insurance – particularly when you start comparing fully-loaded models and base models.

The Honda Accord is the third best-selling midsize car in the United States, falling just behind the Toyota Camry and the Nissan Altima.

The Accord is also slightly more expensive than its mid-size car competitors. A base model with an automatic transmission is priced at around $23,000 in 2018 or about $500 above average. If you’re buying an Accord with the highest trim level, however, then you’ll pay about $1400 more than the average price for a similar fully-loaded midsize car.

All of this means that the Accord is slightly more expensive than its competitor, the Toyota Camry. You’re typically going to pay more to insure a more expensive vehicle, all other things being equal. You might pay slightly more to insure a Honda Accord based on the price of the car alone, although the difference isn’t significant unless you’re comparing a fully-loaded Accord with a base level Camry.

Safer Cars Are Cheaper to Insure

The Toyota Camry and Honda Accord are two of the safest cars in the world. They’re consistently ranked among the safest cars by the Insurance Institute for Highway Safety (IIHS) and the National Highway Traffic Safety Administration (NHTSA).

The 2018 model Camry and Accord achieved virtually identical rankings in terms of safety. Both achieved the highest possible marks in their class in virtually every category.

Both the Camry and Accord achieved top marks in terms of driver and passenger safety, for example, roof strength, size strength, head restraints, and seat safety. The IIHS gave both vehicles the highest possible “Good” rating in all of these categories.

There was, however, one difference: the 2018 Toyota Camry scored a “Good” rating for its headlights while the Honda Accord earned an “Acceptable” rating – one level lower than the Camry.

In virtually all cases, safer cars are cheaper to insure than cars that are less safe. However, the difference in safety between the Camry and the Accord is so minor that it’s unlikely to have a major effect on insurance prices.

It’s important to note that the NHTSA gave both the Honda Accord and the Toyota Camry the highest possible five-star rating in frontal, rollover, and side crash tests. These ratings have a more powerful effect on insurance prices than, say, headlights.

Ultimately, you can expect to pay virtually identical insurance rates for both the Honda Accord and the Toyota Camry. The two vehicles are extremely well-rated in terms of passenger safety. They’re also priced at virtually identical rates, although the Accord tends to be priced slightly higher.