Which Vehicle is Cheaper to Insure: Honda Civic or Toyota Corolla?

Shopping for a car is no easy task. There are many factors that you need to consider before making this large purchase. It is important to look at cars that are going to provide you with the most value for the money that you pay for it.

This means that even though the cost of a Honda Civic might be $700 more to purchase over a Toyota Corolla at the start, when the expenses are added up, it actually will cost much more. 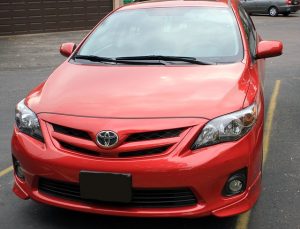 When comparing the costs of the Toyota Corolla and the Honda Civic, one will quickly see that the costs for taxes, fees, depreciation, and financing are very close. In addition, the cost of fuel for both vehicles is very similar. So, where does the difference come in? Surprisingly, the cost difference between these two vehicles is in insuring each of these vehicles.

Insurance Costs of the Honda Civic and Toyota Corolla

Why is a Honda Civic More Expensive to Insure?

After learning that a Honda Civic is more expensive to insure than a Toyota Corolla, you may be wondering why. It is especially confusing because these two vehicles are very similar.

Insurance companies look at many different factors when they are considering the premiums for a vehicle. The riskier that it is for an owner of a vehicle to file a claim for damages or injuries, the higher the premiums will cost.

The safety rating of a vehicle is one of the things that an insurance company looks at when determining a premium for that vehicle. This is why insurance companies look at reports provided by the NHTSA as well as the Institute of Highway Safety to see how likely it is for a person to file third-party personal injury claims against the insurance policyholder.

According to the performance of each of the vehicles, the Toyota Corolla received a 5-star rating overall, and the Honda Civic has a 4-star rating overall. Since the passengers in the back seat of a Honda Civic have a higher risk of being injured should the vehicle be involved in an accident, the rates for medical payments and bodily injury are higher than the rates for the same coverage of a Toyota Corolla.

Insurance companies do not only use safety ratings to determine premiums. Insurance companies also consider the costs of repairs and claims data. The repair and maintenance costs are similar for the Honda Civic and the Toyota Corolla, but it is still more expensive to repair Honda Civics than Corollas. This also makes the premiums for collision and comprehensive insurance coverage higher.