What Is the Optimal Age for Low Auto Insurance Rates?

However, drivers will eventually reach an age when insurance rates start to rise. As drivers move into their elderly years, they move into a higher risk group. Their reflexes aren’t as good. They aren’t as mobile. Some have developed bad driving habits. Others lose their eyesight or hearing.

What’s the optimal age for insurance rates? How old do you have to be to get the best prices on car insurance? At what age do insurance rates start to rise? Today, we’re answering all of these questions. 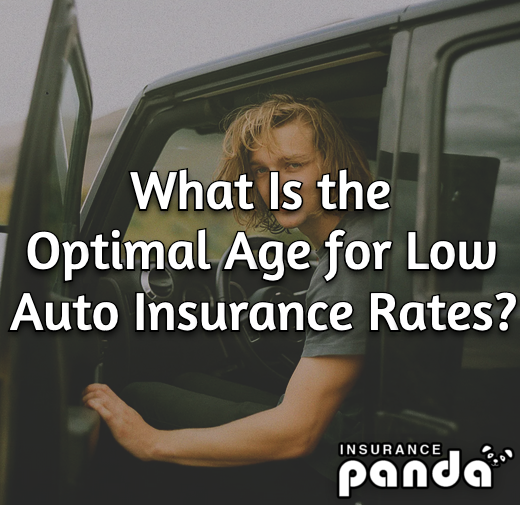 Generally speaking, drivers between ages 30 and 65 pay the cheapest car insurance rates. These drivers have enough experience to drive safely. They also tend to be physically competent. In the eyes of car insurance companies, drivers between ages 30 and 65 are low-risk drivers. They’re significantly less likely to make a claim than young drivers in their teens or 20s. They also tend to be safer than drivers in their late 60s, 70s, 80s, and beyond.

Our friends at ValuePenguin decided to compare insurance quotes by age to determine which age group pays the least for car insurance. Here’s what they found:

55 is the Optimal Age for Cheap Car Insurance

When you crunch all of the numbers above, you can reasonably conclude that 55 years old is the optimal age for drivers. At age 55, drivers make fewer claims, on average, than any other age group. Insurance companies charge 55-year old drivers less for car insurance than any other age group. In some cases, 55-year old drivers are paying one third or one-quarter of what a teenage driver is paying.

Obviously, the specific age varies between insurance companies. Generally speaking, however, a driver between ages 52 and 59 will pay the lowest rates for car insurance, all other things being equal.

Gender also affects the price you pay for car insurance. The same study linked above found that male drivers pay $1,679 per year when they’re 55, for example, while females in the same age group pay $1,702.

This is different from younger drivers. Younger females are cheaper to insure than younger males, but this trend flips as drivers age.

There’s No Perfect Age, So Compare as Many Quotes as Possible

A 55-year-old driver might be the safest driver at GEICO, for example, while a 59-year-old is the ideal driver at Progressive.

Compare as many quotes as possible to ensure you’re paying the best rates for car insurance at any age group.

Drivers in their mid-50s pay the lowest rates for car insurance because they have the lowest claim rates. Drivers in their mid-50s drive more safely than any other age group. They get in fewer accidents. They make fewer claims. That’s why, generally speaking, a 55-year old driver will pay less for car insurance than anyone else in the United States.