Why Do Women Get Cheaper Car Insurance?

Samuel from Tallahassee, FL asks “Why does my girlfriend pay so much less than me for auto insurance? Our driving records are the same!“ 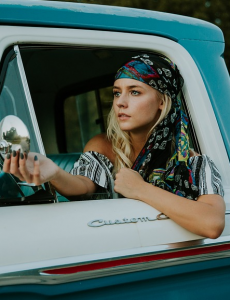 You may think it’s unfair that men pay more for auto insurance than women, but you may be wrong in your belief.

The statistical evidence is clear: women, by their very nature, are less of a risk. The rate of moving violations for women is 90% that of men; women are only half as likely to drive under the influence; there are also only half as many uninsured women drivers on the road.

Another interesting fact is that women tend to drive cars that are less expensive to repair or replace. Furthermore, according to the National Highway Traffic Safety Administration (NHTSA), accidents involving women drivers are less severe and are associated with lower costs.

And this has a significant effect when one goes out to compare auto insurance rates.

It’s widely accepted by medical science that testosterone – the “male” – hormone – is part of what drives aggression and risk behaviors. This is nature; although some males have more testosterone than others (and women also have small amounts of it), the fact is that all males are affected by it to some degree. So, it really does have to do with gender – but it’s not terribly accurate or fair to say that men are victims of discrimination when it comes to auto insurance price.

On the other hand, new technology may change the equation.

Basing It on the Individual

We’ve posted entries recently about the new technology known as telemetrics, which uses a device like an airline “black box” recorder for individual road vehicles. Eventually, this will give most consumers another point with which to compare car insurance rates.

This device tracks, records and stores data on an individual’s day-to-day driving habits and practices, informing the insurer as to when and where the vehicle is being driven, under what sort of conditions and whether or not the driver is exercising caution and prudence – or engages in tailgating, speeding, hard cornering, etc.

This technology is not widespread at the moment. About 100,000 drivers, all with two insurance companies, are using these devices, mainly because their insurers are offering them discounts to do so.

As more and more drivers of both genders begin using this technology however, one of two things is likely to happen: either it will confirm what the actuarial tables have been telling us – that men really are riskier drivers – or we may be surprised that many women can engage in similar risky behaviors behind the wheel (but are just better at not getting caught).