How Much Are Average Car Insurance Rates for a 22-Year-Old?

A 22-year-old driver may have had a few years to prove himself or herself driving, but that does not mean that their insurance rates are necessarily going to go down anytime soon. Most individuals under the age of 25 still face steep rates. Young age and lack of driving history make them a risk for many insurance providers. 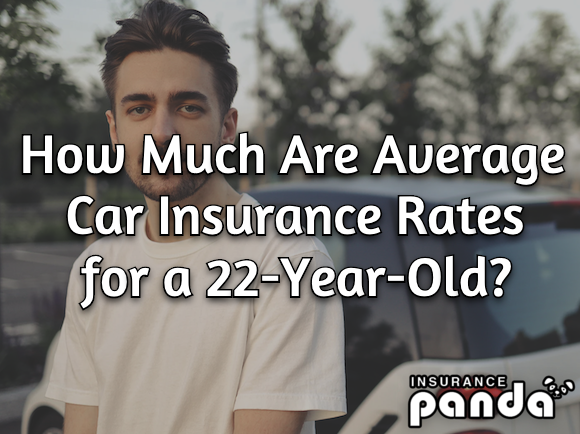 A 22-year-old pays some of the highest premiums for car insurance in the United States. Their rates are not quite as bad as younger drivers such as 16-year-olds or 19-year-olds, but they are steep nonetheless.

The average 22-year-old will pay around $2,500 per year for car insurance. That rate is significantly higher than the national average which sits around $1500 annually.

The average car insurance rates for 22-year-olds in each state are:

There are a variety of reasons these numbers fluctuate so much. Certain states are known to have more hazardous roadways. Some states experience more extreme weather. Others have more stringent insurance requirements.

Fortunately for the average 22-year-old, there are more affordable car insurance providers and discounts available.

Some of the cheapest car insurance companies for 22-year-old drivers include:

How Much More Do 22-Year-Old Drivers Pay for Car Insurance?

With each passing year on your driving record, the rates are likely to go down. This assumes, of course, that you have maintained a clean driving and criminal record over that year. And the car you drive remains in good condition.

Different insurance providers will offer different discounts. But if you do your shopping right, you can end up with big-time savings. Common discounts for 22-year-old drivers include:

Good student discounts: 22-year-olds may be eligible for good student discounts. Most providers allow eligibility for individuals younger than 25. They consider the quality of your academic performance and offer reduced rates if you meet certain criteria.

In most cases, you can remain on your parent’s car insurance as long as you are living at home. Others allow you to do so until a certain age. While shopping for your rates, you should at least check what the rates would be before jumping into your own policy. 22-year-old drivers can save more than $1000 annually just by staying on their parents’ car insurance policy.

Final Word on Insurance for 22-Year-Olds

Shopping for car insurance for a 22-year-old can be intimidating. At 22, most individuals are still in school or working low-paying jobs. Seeing car insurance rates near $2,500 can seem steep and out of your price range. Unfortunately, in America, we all need auto insurance in order to drive.

Shopping around at multiple providers will be worth your time. Ask about discounts such as the clean driving record discount or thee good student discount. It might also be wise to look at our list of the best auto insurance discounts available to see which ones you qualify for. These can combine for some big savings on your car insurance premium.