Expect to pay around $1,342 per year for full coverage car insurance in Tennessee, which is slightly lower than the nationwide average. 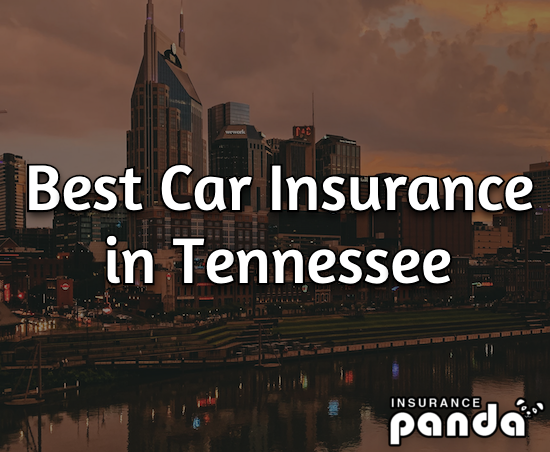 GEICO policyholders in Tennessee pay around $802 per year for car insurance. It’s only slightly more expensive than USAA in Tennessee, although membership is open to any drivers. GEICO has average ratings for claims service and satisfaction, although ratings are similar to other nationwide insurance giants.

Erie serves Tennessee and several other states in the region. In states where Erie is available, they tend to be one of the best car insurance options available. The company is known for strong customer service and claims satisfaction along with competitive rates. Expect to pay around $921 per year for full coverage car insurance in Tennessee with Erie.

State Farm is a popular car insurance company for drivers with an at-fault accident in Tennessee, as they seem to punish accidents less harshly than other providers. However, they’re also one of the best-value car insurance options overall, with drivers paying just $978 per year for full coverage car insurance.

Farm Bureau’s affiliates offer competitive pricing in all covered states, and Tennessee Farm Bureau has a particularly strong presence in rural areas of the state. Originally launched to serve farmers in Tennessee, Tennessee Farm Bureau now insures thousands across the entire state at an average price of around $1,001 per year.

Progressive charges roughly $1,209 per year in Tennessee, based on our model driver profile. Expect similar service and claims satisfaction to other large insurance companies.

Popular among rural and urban drivers alike, Farmers is a competitively-priced car insurance company for drivers with all types of backgrounds. Farmers is particularly competitive for drivers who only need the bare minimum insurance coverage. If you want minimum liability coverage, then Farmers may be the right choice for you. Drivers pay approximately $1,249 per year for full coverage, although rates could be under $400 per year for minimum liability coverage.

Allstate has average ratings for claims service and customer satisfaction, although ratings are similar to GEICO, Nationwide, Progressive, and other large corporations on this list. Tennessee drivers pay lower than average insurance rates with Allstate, with drivers paying about $1,270 per year.

According to Tennessee’s Financial Responsibility Law, drivers are responsible for any damages they cause while driving. Although some drivers qualify for a car insurance exemption, most drivers in Tennessee must buy carry valid car insurance at all times.

Overall, Tennessee has similar car insurance requirements to other states. Many drivers choose to exceed these limits. They might buy uninsured and underinsured driver coverage, for example, or comprehensive and collision coverage.

Driving without Insurance in Tennessee

If you caused an accident and were caught without insurance, then you may be charged with a Class C misdemeanor, which comes with a fine of $300. The police officer at the scene may also decide to have your vehicle towed. Your license and registration will be suspended until you reinstate it.

If you caused an accident and were caught without insurance and the accident led to injuries or deaths, then you could be charged with a Class A misdemeanor, which could lead to fines up to $2,500 and imprisonment up to one year.

The state may impose SR-22 requirements on you, requiring you to carry an SR-22 certificate of financial responsibility for the next 3 to 5 years.

Overall, penalties for driving without insurance in Tennessee include:

Car Insurance in Tennessee with a DUI

Tennessee drivers caught driving under the influence (DUI) face higher insurance premiums. Fortunately, not all car insurance companies treat DUIs the same way, and some insurers only slightly raise your rates – especially if it’s your first DUI conviction on an otherwise clean record.

Some of the best car insurance companies in Tennessee for drivers with a DUI include:

Car insurance in Tennessee is more expensive when you have an at-fault accident on your record. Fortunately, by shopping around for car insurance, you can save a considerable amount by choosing the right provider.

The best car insurance companies in Tennessee for drivers with at-fault accidents include:

Some of the best car insurance companies in Tennessee for drivers with speeding tickets include:

If you’re under age 25, then you’ll pay some of the highest car insurance rates in Tennessee. Car insurance rates consistently drop with age, especially if you maintain a clean record. However, as a young driver, you’ll continue to pay expensive rates for car insurance through most of your teenage years and early 20s.

In fact, some Tennessee drivers with a bad credit score pay 40% to 60% more for car insurance, which is similar to a single DUI or at-fault accident.

Request a quote from the car insurance companies listed below if you have a bad credit score:

Tennessee may require drivers to obtain an SR-22 certificate. An SR-22 form is proof of future financial responsibility. It’s a certificate proving you have valid car insurance in Tennessee.

You may be required to obtain an SR-22 certificate after letting car insurance lapse, causing one or more serious accidents, or doing something else that makes you a high-risk driver.

The SR-22 certificate isn’t technically insurance: it’s a certificate verifying you have valid insurance. You or your insurer submit this certificate to reinstate your driver’s license and registration.

Shop around for SR-22 insurance in Tennessee by comparing rates with different providers. Expect to pay 40% to 100% higher rates than normal, depending on your provider.

Conclusion: How to Find the Best Auto Insurance in Tennessee