However, rates vary widely across the state. A driver in the city center of Boston pays different insurance premiums than a driver in a rural area. That’s why we want to help by explaining everything you need to know about the best car insurance in Massachusetts. 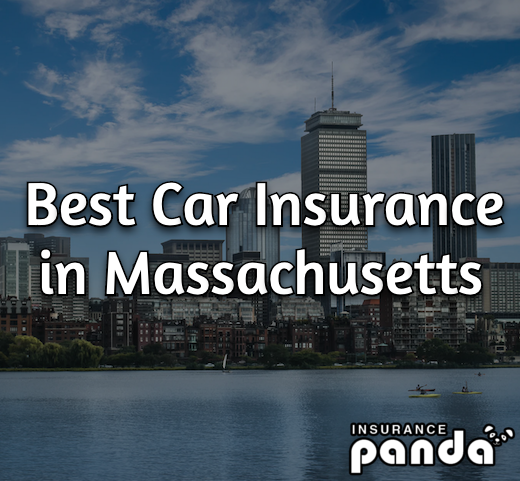 GEICO is often the cheapest insurance company in many states, and it’s frequently among the best cheap insurance companies in Massachusetts. Although GEICO has middle-of-the-road ratings for claims satisfaction and customer service, the company continues to exceed expectations among Massachusetts drivers, charging as little as $934 per year for full coverage car insurance, on average.

If you qualify for membership with USAA, you get highly-rated car insurance at a reasonable price. USAA car insurance is flexible and affordable, customized to your unique needs while providing superior claims satisfaction. The average USAA customer pays even less than the average GEICO customer in Massachusetts, paying approximately $879 annually for full coverage car insurance.

The Hanover frequently appears near the top of J.D. Power’s rankings for New England and other subregions for its strong customer service and claims satisfaction. Although rates tend to be slightly higher than they are with competing providers, many drivers in Massachusetts are willing to pay a little more for superior customer service. Our model drivers received average quotes of around $1,001 per year with The Hanover.

MetLife is one of the world’s largest insurance companies, managing employee benefits and insurance programs for people worldwide. Today, MetLife offers a competitive suite of auto insurance products to drivers in Massachusetts.

Travelers is available in most states, providing cheap prices on car insurance for drivers of all backgrounds and demographics. Travelers is not preferred significantly by any particular demographic in Massachusetts, although the company does offer low rates across the state. According to our analysis, an average Massachusetts driver pays roughly $1,199 per year for full coverage car insurance with Travelers.

Massachusetts, like most states, requires drivers to have insurance to legally drive on public roads. Drivers who drive without insurance and get caught face severe penalties.

Overall, Massachusetts has similar car insurance liability limit requirements to most other states, although the state also requires drivers to have personal injury protection (PIP) coverage and uninsured driver insurance – two things that are not required in all other states.

Here are all car insurance requirements for drivers in Massachusetts:

Massachusetts, being a no-fault state, is one of the few states that require drivers to carry personal injury protection coverage, also known as PIP. PIP covers medical bills, bodily injury expenses, and similar costs after an accident, regardless of fault.

You don’t have to worry about these limits when buying car insurance in Massachusetts: any licensed insurer in the state that sells a policy will match these limits, at minimum.

Driving Without Insurance in Massachusetts

The severity of your punishment varies depending on whether it’s your first offense or not:

These fines are only part of the problem for uninsured drivers. Being caught without insurance is a serious offense, and your insurer views it as high-risk behavior. In addition to the fines above, your insurance will rise significantly.

Drivers can dispute the charges. You must pay a $25 filing fee to the Massachusetts Registry of Motor Vehicles (RMV) within 20 days of the offense. If you do not challenge the offense within 20 days, you are considered guilty.

Car Insurance in Massachusetts with DUI

Making things even tougher for drivers with a DUI in Massachusetts is that the state has no maximum lookback period for DUIs. Your DUI remains on your record for life, and all previous OUI convictions are considered when calculating your penalties and sentence.

A single DUI in Massachusetts could lead to 2.5 years in jail, $500 to $5,000 in fines, a one-year license suspension, and mandatory attendance in an OUI education program, among other penalties. Drivers will also pay significantly higher car insurance premiums for several years.

Car insurance companies charge higher premiums to drivers with an accident on their record. Fortunately, not all car insurance companies treat at-fault accidents the same way in MA. Some companies ignore a single accident, for example – especially if it’s a minor conviction. Others raise rates less than other providers.

The best car insurance companies in Massachusetts for drivers with at-fault accidents include:

If you have a speeding ticket – or several speeding tickets – on your Massachusetts driving record, consider requesting a quote from the following companies:

Some of the best car insurance in Massachusetts for young drivers include:

Massachusetts is one of three states in America that does not permit insurance companies to consider credit scores when calculating insurance premiums.

Drivers in Massachusetts may need to obtain a certificate of financial responsibility, also known as an SR-22 if they have a high-risk driver profile.

The Massachusetts RMV will notify you if you need to provide an SR-22 certificate.

Conclusion: How to Find the Best Auto Insurance in Massachusetts

By comparing quotes and shopping around, drivers in Massachusetts can pay even less for car insurance, obtaining the lowest possible rates on auto insurance regardless of driver history.