Why Is Auto Insurance So Expensive in Atlanta?

It’s not your imagination: drivers in Georgia pay some of the highest rates for car insurance in the United States. Based on 2020 insurance rankings, Georgia is the 6th most expensive state in America to insure a vehicle, with the average driver paying approximately $2,000 for a year of full coverage car insurance.

Georgia Is One of the Most Expensive States for Car Insurance 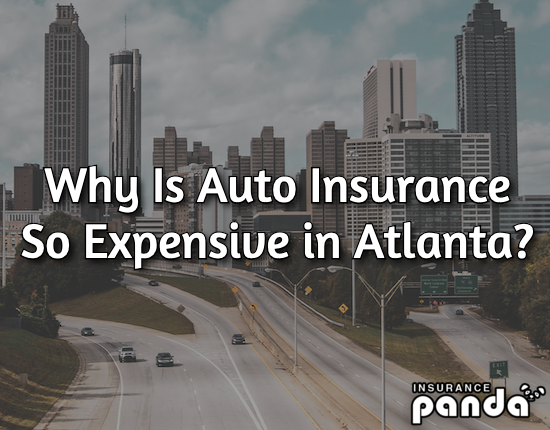 Car insurance prices vary widely across the United States. Drivers in Georgia, however, pay some of the highest car insurance premiums in America.

Georgia is one of the top 10 most expensive states in America to insure a vehicle. Statewide, the average Georgian pays roughly $2,000 per year for full coverage car insurance, which is significantly higher than the national average of around $1,400 per year.

In some rankings, Georgia is the 5th or 6th most expensive state for car insurance, trailing only Michigan, Louisiana, Florida, Texas, and California, where drivers pay more than $2,000 per year, on average.

Across the United States, big cities tend to have higher auto insurance premiums than smaller cities and rural areas. Generally, you pay significantly more for car insurance in a big city than in a smaller town.

That’s why drivers in Atlanta tend to pay higher rates for car insurance than drivers in Valdosta or Gainesville. You’re in a big city with more drivers, more traffic, and higher population density. That means more risk for insurance companies. In most cities, it also means higher crime rates – which also raise costs for insurers.

Atlanta Has More Expensive Car Insurance than Other Big Cities

Even compared to other cities, Atlanta has some of the costliest car insurance in the United States.

In some rankings, Atlanta is the fifth most expensive city for car insurance in the United States, trailing only Detroit, New Orleans, Miami, and Los Angeles.

Here are some factors that impact car insurance costs in Atlanta:

Rising Costs of Healthcare: Healthcare costs have skyrocketed in the United States over the last decade, and these costs are unlikely to fall in the near future. Insurers in Atlanta cover millions of dollars in healthcare costs every year, and they pass higher costs onto policyholders in the form of higher premiums.

Rising Costs of Auto Repair: It’s not as cheap to repair a vehicle in Atlanta as it was 20 years ago. Just like healthcare costs, repair costs have risen in Atlanta, and that means higher premiums for policyholders.

Traffic: Atlanta has some of the worst traffic problems in the United States. More traffic density leads to a higher risk of an accident. Cities with bad traffic also tend to have higher insurance premiums.

High Rates of Uninsured Drivers: Approximately 12% of drivers in Georgia do not have car insurance. Uninsured drivers cost insurers millions each year. Insurers pass these costs onto policyholders.

How to Get Cheap Car Insurance in Atlanta, Georgia

Yes, it’s possible to get cheap car insurance in Atlanta, Georgia. By requesting a quote from the right companies, you can secure cheaper car insurance premiums on any type of vehicle – even as a medium risk or high-risk driver.

Some tips for reducing the cost of car insurance in Atlanta, GA include:

Compare quotes from multiple providers. Some Atlanta car insurance companies specialize in insuring high-risk drivers, for example, while others prefer drivers with zero accident history. By comparing rates today, you can secure the cheapest possible rates on car insurance in Atlanta.

Yes, car insurance is expensive in Atlanta. Drivers across Georgia pay higher insurance rates than the national average, and drivers in Atlanta pay even higher rates due to several factors.