Why Is Auto Insurance So Expensive in Georgia?

If you’ve recently moved to Georgia and have switched to a new car insurance policy, you might be wondering why your premiums are more expensive. Car insurance costs can vary widely throughout the country depending on a number of different factors, including your location. According to a 2020 survey, Georgia ranks as the 6th most expensive state to insure your car, with average annual insurance rates nearing $2,000 per person.

Why does auto insurance cost so much in Georgia? What are the factors that lead to Georgia’s high insurance rates? Below, we list some of the reasons why car insurance is more expensive in Georgia, and what you can do to bring your premium costs down.

Georgia Has a High Percentage of Bad Drivers. 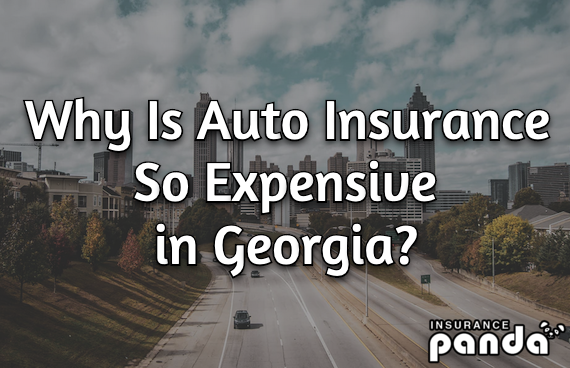 While it’s difficult to quantify, Georgia is generally considered to have more bad drivers than other states. This means that drivers are more likely to drive while distracted or to ignore the rules of the road. Obviously, not every driver in Georgia fits these stereotypes. However, car insurance companies look at general probability and statistics when determining car insurance rates. The more statistically likely you are to get into an accident, the higher your rates will be. Even if you’re a safe driver, you’re still more likely to get into an accident when other drivers aren’t following the rules – hence the higher rates.

Georgians Drive More Than Those in Other States.

Statistically, Georgians also drive more often than those in other states. Many parts of Georgia are rural or suburban and don’t have many options for public transit, requiring citizens to drive to get from place to place. Even in large cities like Atlanta, neighborhoods are very spread out, so many residents choose the convenience of driving instead of taking public transit or walking. Since people are on the road more often, accidents are statistically more likely to happen, which leads to higher insurance rates.

Georgia Has Large Road Construction Projects in Many of Its Major Cities.

Georgia Is Experiencing an Increased Amount of Severe Weather.

Like many areas in the US, Georgia has seen an increased amount of severe weather in recent years. Severe weather events are another factor that leads to increased accidents. The coastal parts of Georgia are subject to tropical storms and even hurricanes, which can cause huge amounts of damage. Intense rainstorms have also made flooding much more common, which can damage roads for long periods of time. The inland areas of Georgia have also seen an increased amount of tornadoes, which can also cause significant damage.

Uninsured Rates Are Going Up.

While you’re legally required to carry liability insurance in Georgia, not all drivers actually do. Over the past decades, Georgia has seen rates of uninsured drivers that are well over 10 percent. Current estimates put the percentage of uninsured drivers in Georgia at 12%. When drivers are uninsured, it creates more liability for the drivers that are insured. This means that insurance rates are higher for those who actually do have insurance policies.

Cars Are Getting More Expensive to Repair.

Over the years, the cost of car repairs has increased slowly but steadily. Insurance companies are increasing their premiums to account for this increase in repair expenses since the burden falls on them to cover the majority of repair costs. The reason why cars are getting more expensive to repair is that the technology is getting much more advanced, which requires repair specialists to be highly skilled.

More People Are Driving While Distracted.

Our smartphones are getting more and more advanced, which means they have more potential to distract us while we are on the road. An increasing number of people are driving while also attempting to send text messages or do other things using their cell phones. This distracted driving is extremely dangerous and increases your chances of getting into an accident. Because more people are driving while distracted, car insurance companies are compensating by increasing premiums.

How Can I Keep My Car Insurance Premiums Low?

– Consider a higher deductible. The deductible is the amount you’ll have to pay out-of-pocket if you get into an accident before your insurance will kick in. Your insurance company will give you a choice as far as how much you’ll pay for your deductible, and you can increase it at any time. This will automatically lower your premiums. If you choose to do this, make sure you have some money set aside to pay your increased deductible in the event of an accident.

– Practice responsible driving and keep a clean record. Your premiums will go up dramatically if you’ve been in an accident, particularly if you are found at fault in the accident. While you can’t entirely avoid accidents, practicing safe, vigilant driving will reduce your chances of getting into one. You also may not want to file claims for small accidents that you can pay to repair out-of-pocket. Financially, it is sometimes less expensive to pay for your own repairs than to file a claim and have your monthly premiums go up for the foreseeable future.

Average auto insurance rates in Georgia are high for a variety of reasons. High rates of uninsured drivers, dangerous roadways, and expensive repair costs are just some of the factors that push Georgia’s insurance rates higher than most other states.