How Much Does It Cost to Insure a Tesla?

When shopping for new cars, it’s important to consider the cost of car insurance.

Tesla car insurance costs vary depending on your model and other factors. However, most Tesla drivers spend between $3,000 and $5,000 per year for full coverage car insurance.

How much does Tesla auto insurance cost? What’s the best insurance company for Tesla drivers? Keep reading to discover what you need to know about Tesla insurance costs. 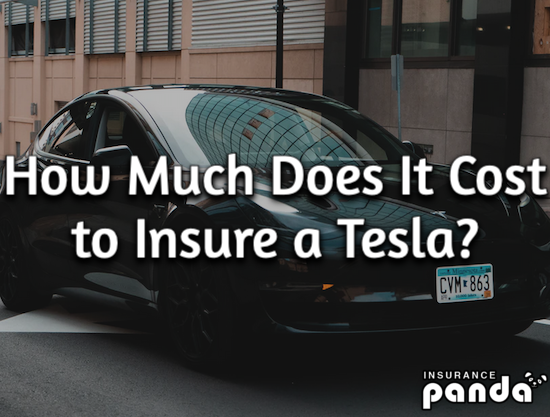 The Average Tesla Driver Pays Around $4,443 Per Year for Car Insurance

According to rates provided to our model driver profiles, the average Tesla driver can expect to pay around $4,443 per year for full coverage car insurance.

For comparison, the average American pays around $1,450 per year for full coverage car insurance. That means Tesla drivers pay over triple the nationwide average.

Different Tesla models have different insurance costs. Depending on which model of Tesla you drive, you could pay anywhere from $3,000 to $6,000 per year for car insurance.

Understandably, higher-end Tesla vehicles cost more to insure than cheaper options. Here’s how much you can expect to pay for each Tesla model:

Each model has different trim options. You could pay more or less for car insurance depending on whether you have the base model or a model with extra features.

Insurers consider hundreds of factors when calculating rates. Depending on the following factors, you could pay significantly more or less to insure a Tesla:

State Insurance Laws: Some states have costlier car insurance than others. Florida and Michigan, for example, have some of the most expensive insurance premiums in the United States, while Idaho and Ohio have some of the cheapest. Depending on your state, you could pay anywhere from $1,500 to $5,500 per year to insure a Tesla.

ZIP Code: Does your ZIP code have high rates of accidents or vehicle theft? Do you park your car in a locked garage at night or on the street? Depending on where you park your Tesla, you could pay higher or lower rates for car insurance. Insurers use your ZIP Code to determine average premiums.

According to our model driver profiles, the best insurance companies for Tesla drivers include:

Although Tesla Insurance is a popular option, it’s only available in California. Tesla plans to expand their in-house insurance program to other states in the future.

Why Is Tesla Insurance More Expensive?

The average American pays around $1,450 per year for full coverage car insurance. The average Tesla driver, meanwhile, pays around triple that amount. Why is Tesla insurance more expensive?

Several factors increase the cost of Tesla insurance, including:

Expensive Repair Costs: Tesla vehicles have more high-end, proprietary technology inside than ordinary vehicles. If these parts break, they’re expensive to repair. It costs much more to repair a Tesla than it does to repair a typical gas-powered vehicle. Tesla’s batteries, for example, can cost up to $25,000 to replace.

Unibody Construction: While other cars use panels, Tesla is moving towards unibody construction to lower costs. Tesla vehicles tend to have large aluminum panels for better stability and safety. This comes at a cost: if one part of the panel is damaged, then the entire panel may need to be replaced. This can increase the cost of a small claim (like a scratch, ding, or dent) significantly. Insurance companies raise premiums accordingly.

How Does Tesla Insurance Work?

Tesla is the only major car insurance company in the United States that also offers its own in-house car insurance. Today, many Tesla drivers buy insurance through Tesla Insurance.

According to Tesla, drivers can save up to 30% by buying insurance directly through Tesla Insurance. Plus, Tesla Insurance offers comprehensive coverage and claims management.

How does Tesla offer lower rates than competing insurers? Tesla knows its vehicles better than anyone. They know the unique risk factors for each vehicle. They know how much it costs to repair their vehicles. They use data collected by Tesla vehicles to create hyper-customized insurance rates.

By specializing in insuring one specific type of vehicle, Tesla can lower costs and pass big savings onto customers.

Additionally, Tesla offers special coverage options we don’t see with other insurers, including:

Final Word on the Cost to Insure a Tesla

Teslas tend to be more expensive to insure than other vehicles. The average Tesla costs around $4,443 per year to insure.

However, the cost of car insurance varies widely depending on personal factors and your Tesla model. Someone who drives a Model Y, for example, will pay less for car insurance than someone driving a Model X.