Why is Car Insurance so Expensive in Nevada?

The Increasing Frequency of Accident Claims

A large part of the reason why auto insurance is getting so expensive in Nevada is the fact that accident claims are on the rise in the state’s busiest city of Las Vegas.  The increasing frequency of accidents in Sin City is attributable to the fact that the city’s population has increased after the Great Recession. Auto insurance companies are also quick to blame the increase in insurance premiums on the rise in automobile theft rates.  All in all, auto insurance premiums have spiked by about one-third across the greater Las Vegas area between 2011 and 2017.

Car Insurance Rates are Rising for Those With Minimum Liability 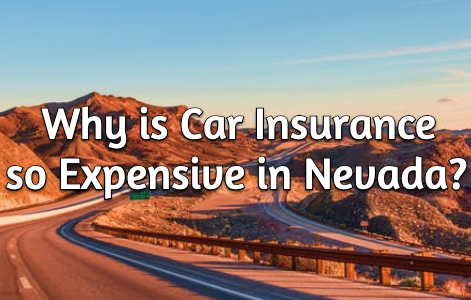 Drivers who carry insurance in the form of 15/30/10 are required to bump it up to 25/50/20.  In other words, drivers with minimum liability will have $25,000 of coverage per individual for bodily injury, $50,000 bodily injury coverage per accident and $20,000 of coverage applicable to property damage for each accident.  The state is automatically enforcing these changes when auto insurance policies are renewed. As a result, auto insurance rates in the Silver State are spiking even more.

The amount of money a Nevada driver pays for auto insurance is largely dependent on the level of coverage he or she purchases.  Liability coverage typically costs less than the comparably expensive comprehensive coverage. As an example, there is nearly a $600 difference between the state’s minimum coverage for liability and comprehensive auto insurance coverage carrying a $500 deductible.

Most readers will be surprised to learn Nevada’s auto insurance rates are on par with the rest of the United States.  However, those living in Las Vegas, Reno or another Nevada city with a large population pay significantly more for auto insurance than drivers in parts of the state with comparably fewer people.  The mere fact that the majority of the state’s population resides in these urban areas jacks up the state’s average auto insurance rate. Las Vegas has a higher prevalence of drunk driving due to its unique entertainment scene and rarely-enforced alcohol laws.  As a result, drivers in the greater Las Vegas area typically pay about $300 more than other drivers in the Silver State. If you are looking to pay as little as possible for auto insurance in the state of Nevada, consider buying property in Laughlin, Bunkerville, Mesquite, Moapa, Jean or another part of southern Nevada far away from major cities.

Though Nevada is not known for harsh weather, the truth is the state has dangerous sandstorms that make driving quite treacherous.  Furthermore, monsoon season brings torrential downpours likely to lead to nasty auto accidents. Those living in Las Vegas face a heightened level of risk when the skies open as the city is located in a valley with insufficient drainage.  The resulting water-logged streets make driving challenging, to say the least. The fact that it rarely rains in Nevada makes rainstorms even more dangerous as the water brings out the oil and other chemical components in the streets and highways, creating incredibly slippery surfaces likely to lead to auto accidents.

Making matters worse is the fact that Nevada’s warm weather and increase in population has spiked the number of car thefts in recent years.  Those living in the safe, suburban city of Henderson are not as likely to have their vehicle stolen as those living in the comparably dangerous Las Vegas.