What Happens if the Car Insurance Policyholder Dies?

It’s never easy when somebody you’re close to, or a loved one, passes away. The emotional aspect of this can be overwhelming. Unfortunately, there are also administrative things that you’ll need to take care of after your loved one passes.

One of these items is car insurance. If your loved one was the policyholder, or owner of the car insurance policy, then you’ll need to communicate with your insurance company to see what happens next.

What Is a Policyholder in Car Insurance? 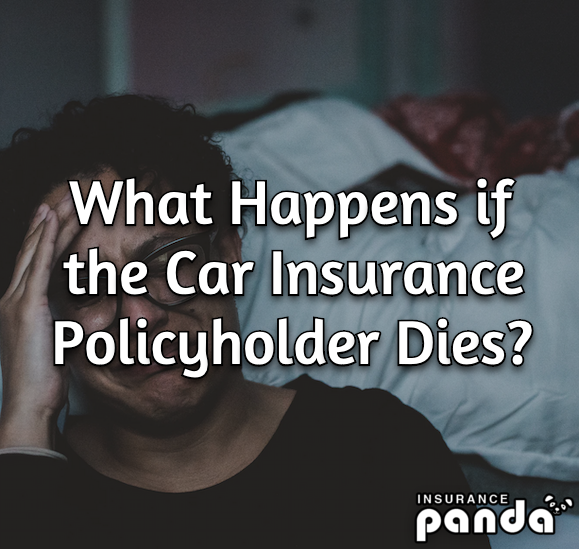 In insurance terms, the car insurance policy is a type of contract between the insurance company and the named insured or policyholder. This person has certain rights that a ‘driver’ on the policy doesn’t have. These include things such as being able to make changes to the policy, collecting claims money, and canceling the policy.

No matter which scenario you fall under, you’ll need to send the insurance company a copy of the death certificate. This is mainly to prevent fraud. But it’s also a legal requirement because the policyholder is the only person that can make changes to a policy.

What About the Spouse?

The surviving spouse will need to supply a copy of the death certificate to the company in order to remove the deceased policyholder, but everything else will continue as it was.

What if the Deceased Policyholder Had Their Own Car Insurance Policy?

If the spouse isn’t in the picture or isn’t a policyholder, the policy will either have to be transferred or canceled. The initial step is the same: somebody will need to contact the insurance company with the death certificate.

Who that somebody is will depend on the deceased person’s household. If there are other drivers or relatives on the policy, one of them may want to become the owner of the policy. They will still need car insurance, so they may want the policy to continue. The insurance company could transfer the policy to this person.

The surviving family members and estate executor will also need to do something with the insured’s vehicles, but that can be done with a trip to the local department of motor vehicles (DMV).

What if Nothing Happens?

If nothing happens, there can be very negative consequences. If there are no other drivers on the policy and it’s not canceled, then the car insurance policy will continue to stay in effect until it’s next renewal. It would then need to be paid for to issue a renewal policy.

If no payment is received for a car insurance policy, then it will cancel. But if the policy is being paid for through EFT or automatic payments, it will stay in effect until that payment source is closed.

If there are other drivers on the policy and it doesn’t cancel or the insurance company doesn’t know that the policyholder has passed away, there could be more severe consequences.

Not only could a claim be denied, which potentially could lead to the responsible parties owing thousands of dollars to the injured parties, but they could be at risk for being charged with insurance fraud, which is a felony.

The Bottom Line on the Death of a Car Insurance Policyholder

Insurance is not at the forefront of most people’s minds in normal times, and even less so during times of emotional distress. But if a loved one has passed away, the surviving spouse, family members, or estate executor will need to move fairly quickly in taking care of the deceased’s insurance policies.

It becomes even more important if there are other drivers on the policy, because those drives may be at risk of being without coverage if there is a claim after the deceased has passed away.

Transferring or canceling a deceased policyholder’s car insurance policy will simply require providing a death certificate to the insurance company and making the appropriate changes. If you have your insurance with an independent insurance agent, you can contact your agent to help you through this process.