Is Auto Insurance Less Costly When a Spouse Dies? 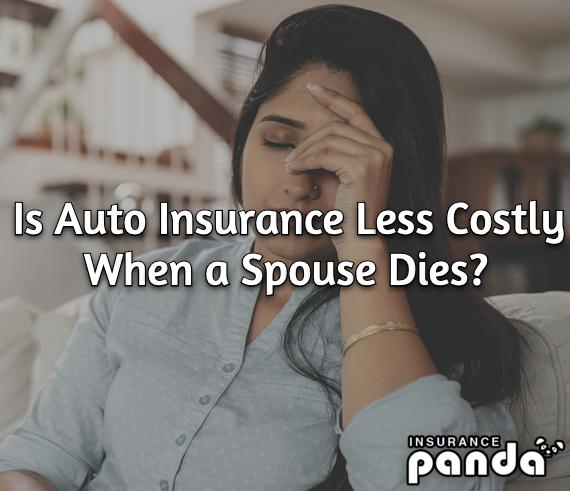 Most people are somewhat surprised to learn widowers and widows, meaning those living after a spouse’s death, pay more for auto insurance than those who are married. The insurance rate increase following the death of a spouse is often known as a “widow’s penalty.”

It should not matter if the driver in question has been single for decades or merely a couple of weeks in the aftermath of a spouse’s death. The bottom line is the driver in question is not married so he or she falls into a comparably high-risk category that necessitates a higher monthly auto insurance premium than that which is charged to married drivers.

When in Doubt, Abide by the Data

Auto Insurance Rate Hikes Apply to Both Widows and Widowers

Furthermore, Robert Hunter, the author of the study, made it clear that the rate hike following the death applied to both men and women. This is particularly interesting to note as men drive more frequently than women. Furthermore, men are more likely to take chances while driving than women.

Are Widowers Really That Much More Dangerous as Drivers?

It is hard to believe widowers are comparably risky parties to insure as drivers. After all, widowers tend to be fairly old considering the fact that they married and survived long enough to live beyond their spouse’s death. Robert Hunter, the statistician noted above, often references a 2004 analysis of driver behavior in New Zealand that determined those who had never married had a higher rate of injury in auto accidents than those who had married. The study did not measure the rate of injury stemming from auto accidents for widowers or widows. In fact, the study’s authors went out of their way to note that there were too few widowed cases to determine if the group presented a plausibly elevated or lower risk.

When in Doubt, Look to the Money

Perhaps the real reason why auto insurers are quick to raise the insurance rates of widows and widowers is the fact that marriage is quickly becoming a cultural tradition reserved for the wealthy. Countless studies conducted in recent years have revealed marriage rates are rapidly declining amongst those in the lower classes and middle class yet holding steady or even rising amongst those in the upper-middle-class and upper class. These comparably wealthy individuals are more likely to purchase other forms of insurance aside from auto insurance such as homeowners insurance or life insurance.

Most insurance companies provide several types of insurance, meaning it is easier to make a profit from customers who enroll in multiple types of insurance rather than just auto insurance alone. Providing a comparably low rate to a married individual entices him or her to enroll in the insurance provider’s additional coverage options, ultimately making the company that much more money. Alternatively, poorer individuals who are more likely to be single are saddled with comparably high auto insurance rates due to the fact that they are single and also because they are unlikely to enroll in other insurance policies. The bottom line is these impoverished individuals are not coveted by insurers due to their limited potential for profitability.

Final Word on Auto Insurance After the Death of a Spouse

Because unmarried drivers pay more for auto insurance than married couples, you might find yourself paying higher auto insurance premiums following the death of a spouse. This has to do with actuarial data that shows single drivers are more likely to get into accidents and file claims. Just like teenagers and somebody with a lot of speeding tickets on their record, unmarried drivers are put into a higher risk category.