Tesla is a unique company for many reasons. Last year, Tesla became even more unique by launching its own in-house insurance service.

How good is Tesla’s in-house insurance? What are the pros and cons of Tesla insurance? Find out everything you need to know about Tesla and its car insurance products today in our review.

What Is Tesla Insurance? How Does It Work? 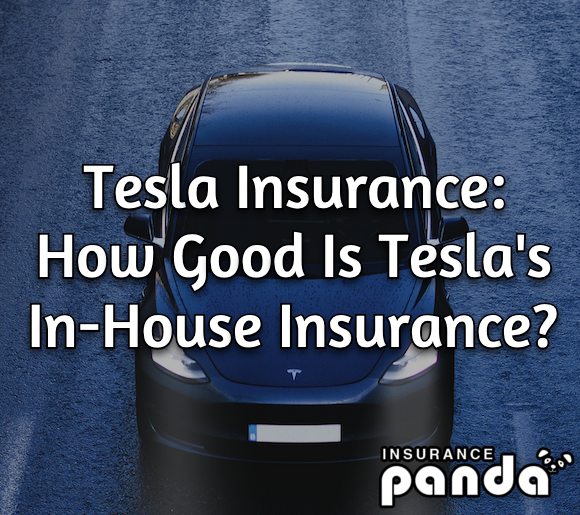 In 2019, Tesla began offering in-house insurance services to Tesla drivers in California. The company plans to roll out its insurance to other states in the near future.

You can obtain a Tesla auto insurance quote in minutes online here: https://www.tesla.com/insurance

For some drivers, Tesla’s analytics are a good thing: safe drivers can get rewarded for their driving habits. Infrequent or low-mileage drivers can pay lower premiums based on their risk.

For other drivers, Tesla’s analytics aren’t a good thing. Tesla’s built-in sensors could tell Tesla that you’re an unsafe, high-risk driver, for example, and that means you pay higher rates than you would with a traditional insurance provider.

Tesla has another advantage: they know their vehicles better than anyone. They know the repair costs, risk analytics, autopilot effectiveness, and other factors. Traditional insurance companies know less about these factors, so they charge higher rates to Tesla drivers, erring on the side of caution.

However, Tesla has faced challenges with rolling out its insurance coverage. Like many new insurance providers, Tesla has struggled with claim handling, for example, among other issues.

Here are some of the pros and cons of Tesla car insurance based on reviews from current Tesla policyholders.

Advantages of Tesla car insurance include all of the following:

Better Accident Investigation: Tesla knows how their cars operate. They know how their sensors work, and they know how quickly their vehicles stop or accelerate. Because of this knowledge, Tesla should theoretically be able to investigate accidents more effectively.

Cheaper for Some Drivers: Some drivers save hundreds per year on car insurance by switching to Tesla. Traditional auto insurance providers charge high rates to Tesla drivers. They’re high-value cars with intricate components. They’re expensive to repair and replace. For that reason, many Tesla drivers pay $200 to $400 per month for car insurance. With Tesla, many drivers dropped car insurance premiums by 20% to 40% by making the switch. Some drivers pay just $100 to $150 per month to insure their Tesla with Tesla’s in-house auto insurance.

Regular Improvements: Elon Musk likes to launch a product quickly and continuously improve on that product. Tesla may be following a similar approach with its insurance. Although there are some growing pains, Tesla should continue to improve its insurance product in the coming months and years.

Disadvantages of Tesla car insurance include all of the following:

More Expensive for Some Drivers: Some drivers save money by switching to Tesla. Others pay the same premiums – or more expensive premiums – with Tesla.

Difficult to Compare: Tesla’s auto insurance premiums are customized based on driver behavior. This can be a good thing, but it can also be a problem. It makes Tesla auto insurance difficult to compare with other providers.

Lack of Expertise in Claims Handling: Tesla is a new auto insurance provider, and that means they have limited experience handling claims or dealing with other insurance company issues. Based on reviews online, Tesla has faced growing pains with certain claims and customer service issues.

Lose Bundling Discounts: You might have home insurance, car insurance, and life insurance with a single company. You get a discount on all three policies. Tesla only sells car insurance, which limits the potential of a bundling discount.

Deal with Multiple Insurance Companies: Some customers like dealing with a single insurance company – and a single billing system. Yes, you could save a few dollars by making the switch, but some policyholders are willing to pay a small premium for convenience.

Can Drivers Save Money with Tesla’s In-House Insurance?

Some drivers save money by switching to Tesla. Other drivers pay more with Tesla auto insurance.

Other drivers saved less money – or paid more money – with Tesla auto insurance. If you’re already paying around $100 to $200 per month for car insurance on your Tesla, then it’s unlikely you’ll save significant money by making the switch.

Overall, Tesla is still determining its car insurance algorithms. The company updates its algorithms and risk analysis regularly. Some drivers will pay more for Tesla auto insurance, while others will save a significant amount of money. Compare quotes today to ensure you’re paying the lowest possible rates on car insurance on your Tesla.

How to Buy Tesla Auto Insurance

Tesla drivers can get a quote within minutes on the Tesla website here: https://www.tesla.com/insurance

Just click the ‘get quote’ button and obtain a quote within minutes. Alternatively, you can contact Tesla’s auto insurance agents by phone to get a quote or discuss coverage.