Many Nebraskans pay significantly less than that by taking advantage of discounts, shopping around, and choosing the best insurer. Different insurers specialize in insuring different types of drivers. Some welcome older drivers who live in rural areas, for example, while others charge low rates to young drivers in urban areas. 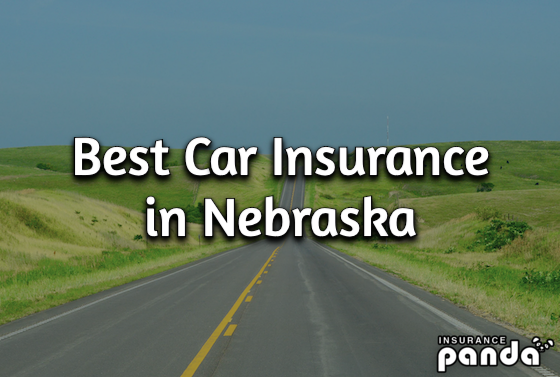 Nebraska isn’t the largest or most populous state in America, but Nebraskans have plenty of options for car insurance. From homegrown insurers to nationwide providers, the best Nebraska insurance companies provide good car insurance at a reasonable rate.

These are the minimum insurance requirements from the state of Nebraska. If you are leasing or financing your vehicle, then your lender may require additional coverage. Many drivers also choose to carry added coverage for peace of mind.

Driving Without Insurance in Nebraska

It’s illegal to drive without insurance in Nebraska. If you are caught driving without insurance, then you could face serious penalties, including license suspension, SR-22 requirements, and more.

If you are caught without proof of insurance but can later prove you had valid coverage on that date, then you will not face any fines, SR-22 requirements, or other penalties.

Overall, Nebraska has some of the weakest uninsured driving penalties in the country. While other states require jail time or hefty fines for driving uninsured, Nebraska simply requires an SR-22 (a certificate of financial responsibility from your insurer) and a $100 fine.

Car Insurance in Nebraska with DUI

Nebraska has one of America’s longest DUI lookback periods. If you are convicted of a DUI, then this DUI remains on your record for 15 years. If you receive a second DUI within this period, then you’ll face harsher penalties. Nebraska also has harsher punishments for DUI convictions where the driver’s BAC was 0.15% or higher. Penalties also increase for DUI convictions that caused injury or death.

However, different insurance companies treat DUIs in different ways. By shopping around, you can continue paying competitive rates for car insurance even after one or two DUI convictions:

Young drivers in Nebraska are statistically more likely to cause an accident than any other drivers on the road. As a young driver, you’ll always pay higher rates for car insurance than older, more experienced drivers.

However, that doesn’t mean you’re stuck paying $6,000 per year for car insurance as a driver under 25. Request a quote from any of the following insurers to get the best car insurance in Nebraska as a young driver:

However, some insurers put less of an emphasis on credit score than others. Request a quote from any of the following insurers if you have poor credit:

Nebraska uses the SR-22 system to manage high-risk drivers. If you have multiple at-fault accidents, multiple insurance lapses, or other incidents that increase your risk, then you may be required to obtain SR-22 insurance.

Nebraska’s Department of Motor Vehicles may require you to obtain SR-22 insurance if your driving license was suspended or revoked as a result of a court conviction, accumulation of points, or other administrative action. If you receive an SR-22 notification, then you need to prove you have valid insurance for all vehicles you own, including any cars, trucks, vans, motorcycles, and other vehicles.

The SR-22 is a certificate verifying you have insurance. Most insurance companies can submit an SR-22 to the state on your behalf. This form verifies you have valid coverage. Most insurers charge an SR-22 fee of around $30 to $50.

If you are a high-risk driver, then it can be tough to find the right car insurance at an affordable rate. Some companies will reject your business. You may need to use high-risk or specialty insurers. You may pay thousands of dollars more per year for car insurance, but these insurers can submit your SR-22 filing and get you back on the road.

Conclusion: How to Find the Best Auto Insurance in Nebraska

Finding the best auto insurance in Nebraska is easy: compare quotes online, enter your ZIP code, and discover the best car insurance based on your unique needs and demographic.

To find the best car insurance for your unique needs in Nebraska, compare quotes online today.