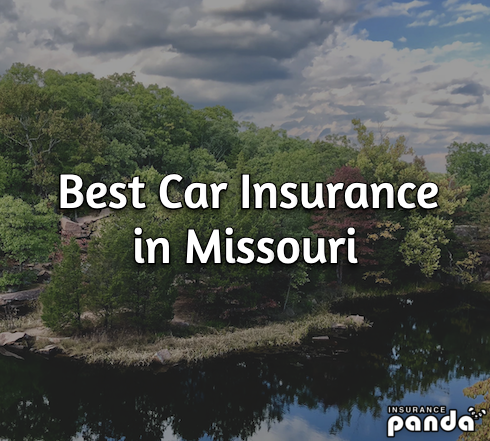 USAA is available to members of the military and their families. If you qualify for membership in USAA, then you get a well-rated car insurance company with proven customer service and customer satisfaction rankings across the state of Missouri. Expect to pay just $1,123 per year for full coverage car insurance in Missouri with USAA.

Safeco is frequently well-rated for customer service and claims satisfaction, but it’s rarely among the cheapest providers in a state. That’s not the case in Missouri, as Safeco is one of the best-rated options in terms of both price and claims satisfaction. Safeco charges drivers in Missouri approximately $1,045 per year for full coverage car insurance, according to our model driver portfolios.

State Farm once exclusively insured farmers, although the company now insures millions of drivers across the United States. In fact, State Farm is America’s largest property and casualty insurance company. State Farm continues to offer some of the best and lowest prices on car insurance in Missouri, with drivers paying roughly $1,052 per year for full coverage insurance.

American Family Insurance, also known as AFI or AmFam, is a popular car insurance company for drivers in Missouri. Expect to pay as little as $1,102 per year for full coverage car insurance with American Family, with rates varying across the state depending on your location and demographic data, among other factors.

Progressive, like State Farm, insures millions of drivers across the United States and thousands of drivers in Missouri. Progressive offers cheap prices and a big box insurance experience, similar to most other companies on this list. The average Progressive policyholder in Missouri pays around $1,212 per year.

Shelter isn’t available in all states, although it’s a very well-rated option in most of its covered states. Shelter is popular throughout Missouri and neighboring states for its strong claims satisfaction and customer service record. Generally, customers are happy with their Shelter car insurance. Shelter customers in Missouri pay around $1,232 per year for full coverage car insurance, although the company is particularly affordable for drivers looking for bare minimum liability insurance coverage.

Allstate is a large and well-known insurance company with a long reputation of providing affordable insurance across the country. In Missouri, the company offers competitive pricing compared to other nationwide insurers, with drivers paying around $1,233 per year for car insurance.

Nationwide isn’t the cheapest auto insurance company in Missouri, nor are they the best-rated for customer service or claims satisfaction. Missouri drivers who already have home insurance and other insurance products with Nationwide, however, might enjoy bundling policies with Nationwide in Missouri. Expect to pay around $1,299 per year according to our driver profiles.

Liberty Mutual, unlike GEICO, doesn’t cater to budget-minded customers. Instead, the large insurance company caters to drivers willing to spend a little more for better service. Although Liberty Mutual doesn’t always live up to that advertised reputation, the company is popular and well-rated throughout Missouri at an average cost of around $1,313 per year.

Overall, Missouri’s car insurance requirements are similar to other states. The company requires drivers to have a certain minimum amount of bodily injury liability coverage and property damage liability coverage, along with uninsured motorist coverage.

Like all states, Missouri does not require drivers to have comprehensive or collision coverage. However, many drivers buy this coverage to protect their own vehicle and cover other costs after an accident.

Here are Missouri’s minimum car insurance requirements according to the Department of Revenue, which oversees licenses and registration for drivers in Missouri:

Any car insurance policy you buy from a licensed insurer in the state of Missouri will meet these minimums (at least). Many drivers choose to exceed these minimums for added protection.

Driving Without Insurance in Missouri

According to Missouri state law, it’s illegal to drive without insurance. Drivers caught without insurance could face license suspension, license points, and even jail time, among other penalties.

If caught driving without insurance once in Missouri, a judge can issue a fine of up to $300. Your conviction could also be accompanied with 15 days of jail time, a license suspension, and a supervision order, among other penalties.

All convictions for driving without insurance will also lead to 4 driver’s license points. If you accumulate 8 points within an 18 month period (regardless of the cause of those points), then your license is suspended for 30 days (assuming this is the first time your license has been suspended).

Missouri has no maximum lookback period for driving without insurance. That means your conviction remains on your driving record for life.

Car Insurance in Missouri with DUI’s

Some car insurance companies treat DUI convictions more seriously than at-fault accidents. Others treat them less seriously or apply other penalties. If you were convicted of driving under the influence (DUI), driving while intoxicated (DWI), or operating under the influence OUI) in Missouri, then consider requesting a quote from the following insurers:

The best car insurance companies in Missouri for drivers with speeding tickets include:

The best insurers in Missouri for young drivers include:

Fortunately, not all insurance companies calculate credit the same way, charging relatively low rates compared to competing providers, especially if you have an otherwise clean record:

The Missouri Department of Revenue (DOR) may request proof of financial liability coverage in the form of an SR-22 certificate. An SR-22 form is not insurance: it’s a certificate verifying you have insurance.

Conclusion: How to Find the Best Auto Insurance in Missouri

Missouri has average car insurance premiums compared to other states. It’s not the cheapest state for car insurance, nor is it the most expensive.

However, by shopping around with different providers, drivers can pay the lowest possible rates for car insurance in Missouri – regardless of your demographics or driving history.