Should You Admit Fault in a Car Accident if it is Your Fault?

It can happen to anyone.

You are driving down the street thinking about work or school – perhaps even running a few minutes late which has forced you to speed up.

Everything is on your mind except the road ahead, and before you know it you clip the vehicle in front of you as you enter a red light.

You think you are at fault for the accident, so it only makes sense in your mind to admit fault. Doing the right thing is essential, but you should also consider a few things before you leap out of your car and admit fault.

Before Admitting Anything, Do the Following 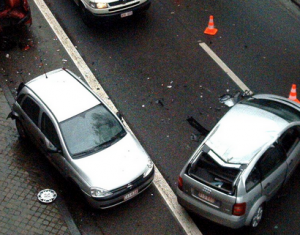 You were just in an accident, which means your body has initiated the fight-or-flight response. This response includes releasing endorphins and adrenaline. As part of your body’s most primal instinct, you may not even notice that you were injured, you may feel emotional, and even confused.

No one goes through life planning what they would do in an accident, but when it happens, it is imperative you act appropriately. What you do from here on out can affect not only insurance claims but your physical health and liability claims placed against you later.

After you have sought medical care, report the accident to your insurance company. Most accident victims make the mistake of not reporting their accident, which is required as part of their insurance policy. Most policies have a time limit for how long you have to file your claim. Going past this reporting period could lock you out of receiving compensation.

Why Not Admit Fault?

In the heat of the moment, it is easy to assume you were at fault. Admitting fault not only puts you at risk for a civil lawsuit but in many instances, a person thinks they were at fault and were not actually at fault.

For example, you passed through the intersection not sure if the light had entirely turned red or not, and you clipped another vehicle. You assume you were at fault, but after the police investigation it turns out the car had illegally crossed in front of you. Had you admitted guilt, it would have complicated the claims process.

Most states are tort states. Tort states rely on insurance investigations and police reports to determine fault. The party found at-fault is financially responsible for the damages they cause.

If you live in a no-fault state, then admitting fault does nothing. Instead, you still file a claim with your insurer and receive compensation. Medical payments often pass through your Personal Injury Protection (PIP) policy in a no-fault state first as well.

It is easy to assume you are at fault, especially if you were rushing, felt distracted, or rear-end a vehicle. However, in the heat of the moment facts may not appear as obvious as they seem. Therefore, it is in your best interest to be honest with officers, insurance agents, and other parties about what you experienced, but without blatantly stating you were at fault.

Let the proper authorities decide who was at fault, and if you were indeed at fault, then you can work out the process of compensation with your insurer.