Is NJM Good for Auto Insurance?

NJM Insurance Group, formerly known as New Jersey Manufacturers Casualty Insurance Company, was formed in 1913. Initially, it was created by local factory owners that wanted auto insurance from reliable carriers in the area. NJM will write coverage for their customers directly, and you do not pay for any agent commissions. The company operates like a mutual insurance firm, which means it is there to benefit the consumer as much as possible.

NJM is considered part of the niche insurance agencies, which means they are private, and you do not have brokers or agents selling their services for fees. NJM is a smaller, localized company that offers car insurance to both New Jersey and Pennsylvania residents. With New Jersey seeing alarmingly high insurance rates in recent years, some drivers may consider NJM over national insurance brands.

Do You Qualify for an NJM Auto Plan? 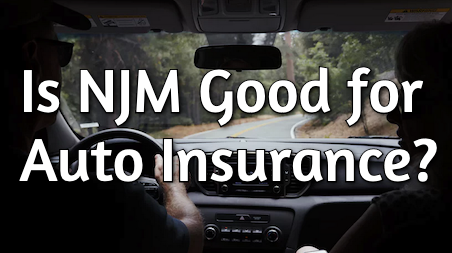 In the past, only certain individuals could apply for NJM insurance policies. Until last year, only New Jersey residents that were employed by one of the New Jersey Business and Industry Association (NJBIA) members, or from a federal government agency, state agency, or a local school qualified. You could also have been eligible if you held a policy before, or if you were the spouse of someone that qualified for NJM.

Now, the barriers of entry have fallen and NJM insurance is open to the public. In 2018, NJM announced that they are currently welcoming Pennsylvania residents as well.

To qualify for NJM auto insurance, you have to be either a New Jersey or Pennsylvania resident. NJM only offers auto insurance policies in these two states.

Is the Coverage from NJM Worth the Cost?

NJM has an impressive array of coverage options for auto insurance, and all of these are designed around New Jersey’s driving conditions and state laws – so you do not have to worry about being underinsured or not meeting state minimums.

Some options you may have in a policy with NJM include:

What Do Customers Have to Say About Their Experiences with NJM?

NJM doesn’t have a long list of complaints, which is surprising for such a specialized, small insurer. They are also the largest insurance company in the Garden State as of 2012, and the New Jersey Department of Banking and Insurance listed no complaints about the company from policyholders as of 2012, which is rare for any insurance company. NJM also scores higher in the JD Power Auto Claims Experience surveys with their customers than larger, national insurance companies.

For claim experience, NJM customers reported high appreciation for how their claims were handled right down to speed, ease, repairs, and covering total losses. Some customers cited unfair judgments and settlements, but these are to be expected any time someone is requesting a claim from an insurance company.

Are There any Discounts You Can Get with NJM?

Just like other major insurance companies, NJM does offer discounts for members. Just some of the discounts you can receive include:

Conclusion: NJM Could be Worth it for Those Who Qualify

NJM has affordable auto insurance, great benefits that come standard with all policies, and they have high customer satisfaction ratings. Therefore, if you are in the New Jersey or Pennsylvania area, and you are looking for a reliable auto insurance provider, this could be the one for you. However, you should do your due diligence and still request quotes from other insurance companies, including national providers in the area, to see who saves you the most while not compromising on the quality of your insurance received.