Why Is Car Insurance So Expensive in South Carolina?

Even if you’re an older driver or one with a clean driving record, car insurance premiums can really stack up and cost you a lot of money in the long run. Unfortunately, insurance rates vary from state to state, with some states charging significantly higher premiums than others.

One such state is South Carolina, where insurance premiums are as much as 88% higher than those in neighboring North Carolina. In fact, a recent study shows that 20 of the 25 most costly cities for car insurance are in South Carolina! 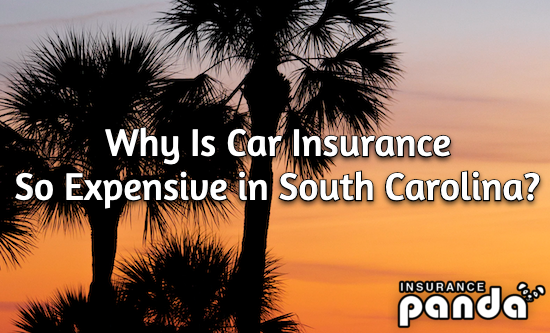 Plus, in 2020 South Carolina ranked as the ninth most expensive state overall for car insurance. The average annual cost of insuring your car in South Carolina is a whopping $1,759 compared to a nationwide average of $1,457.

So what makes living in South Carolina and insuring a vehicle so expensive?

The type of insurance that you are required to have varies from state to state, but every state typically requires drivers to, at the very least, have liability insurance. If you live in a state where better or more coverage is required, it makes sense that you’re going to end up paying more overall for your car insurance. Other states require types of insurance that aren’t necessary everywhere, so it’s important to know exactly what type of coverage you need to have in South Carolina.

The state requirements are as follows:

So Why Is Car Insurance So Expensive In South Carolina?

There are a number of factors other than the type of coverage required by the state that can push up the cost of premiums. Things like inclement weather, high population density, and large numbers of uninsured and underinsured drivers can cause the average resident to pay more out of pocket to insure their vehicle. Here are some reasons why insurance rates can vary so much from state to state:

Uninsured Drivers – Insurance companies pass off the cost of uninsured drivers on those who have insurance. This means that if you happen to live in a state with a lot of uninsured drivers on the road, you’re likely to pay more for your own car insurance. In South Carolina, this is a particularly big issue, as drivers can legally drive uninsured if they pay a fee to the state. Unfortunately, those who do pay for insurance have to assume the costs of that risk.

Crash, Claim, and Crime Rates – Since so much of car insurance is based on statistics, insurance companies tend to look at the crash, claim and crime rates in your area before determining a premium. This is why living in urban areas often leads to higher insurance rates because more people on the roads driving means more auto accidents. In South Carolina, fatal auto accidents have been steadily on the rise since 2014, which is leading to increased insurance rates.

Weather – States with inclement weather are likely to have higher insurance rates, since weather-related accidents (like those caused by large amounts of rain or snow) are much more common. South Carolina experiences a variety of extreme weather phenomena such as hurricanes, flooding, and serious snowstorms.

Other Factors That Can Increase Your Insurance Rates

So, living in South Carolina means that you’re likely paying more for your insurance than the national average, but there are other factors that can impact the amount you’re spending. By knowing what impacts your premiums, you can try to reduce what your insurance costs by as much as possible

Overall, South Carolina is in the top ten most expensive states for car insurance, with the average resident of the Palmetto State forking out approximately $300 more annually than those in other parts of the country. Unfortunately, many of the factors that make South Carolina’s insurance premiums so hefty are out of your control. But by keeping an eye on factors that you do have control over and shopping around for the best insurance companies in your areas, you can potentially find yourself a car insurance deal that’s below the state average.