Fortunately, there are plenty of ways to save. Some New Mexico drivers shop around with dozens of providers before settling on one. Others take advantage of discounts and other savings opportunities. 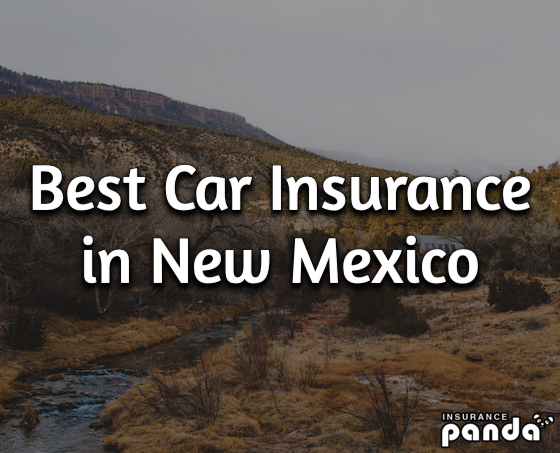 Small and large insurance companies serve drivers across New Mexico. You can buy a good insurance policy from a nationwide provider. You can also buy effective policies from smaller, locally-based providers.

New Mexico, like most states, requires drivers to carry a certain minimum amount of liability insurance to legally drive on public roads. Drivers who cannot prove they carry valid coverage will face penalties.

If you are leasing or financing your vehicle, then your lender may require full coverage car insurance. Because you do not fully own your vehicle, you need to maintain collision and comprehensive coverage.

Driving Without Insurance in New Mexico

Drivers caught without insurance in New Mexico could face serious penalties. Insurance proves you are financially responsible for any accidents you cause. If you cannot prove you have insurance, then the state could suspend your driving privileges.

The penalties for driving without insurance in New Mexico include:

The fine increases by up to $1,000 if you do not immediately surrender your license plates and vehicle registration. Some courts may also fine drivers additional penalties. Drivers who have been caught without insurance multiple times could face up to six months in prison, among other penalties.

To register a vehicle in New Mexico, you must submit proof of insurance to the Motor Vehicle Division (MVD). If your insurance lapses, or if you cancel your policy, then your insurer will notify the MVD of the lapse, and the MVD could suspend your license if you are unable to prove you have alternative coverage.

As you might expect, a DUI raises rates in New Mexico. Being convicted of driving under the influence (DUI) or driving while intoxicated (DWI) tells insurers you’re a high-risk driver. That means higher insurance premiums for three to seven years after your conviction.

However, some insurers rate risk in different ways. Some insurers continue to offer competitive rates after a single DUI conviction:

New Mexico has plenty of wide, open spaces. It’s easy to forget how fast you’re going. If you get a speeding ticket in New Mexico, then your insurer rates could rise a little – or they could rise a lot. Depending on the severity of the incident and the number of previous citations, you could pay anywhere from 2% to 25% higher insurance premiums after a speeding ticket.

Drivers under 25 in New Mexico are statistically the riskiest drivers to insure. They cause more accidents – and more serious accidents – than any other drivers on the road.

Fortunately, some insurers continue to welcome young drivers by charging comparatively cheap rates. Request a quote from any of the following insurance companies in New Mexico if you’re under age 25:

However, some insurers care about credit score less than others. Some high-risk insurers specialize in insuring drivers with no credit score, for example. Other insurers put less emphasis on credit score compared to your driving history. Check quotes with the following insurers if you have a bad credit score:

New Mexico is one of six states with no SR-22 insurance system. In other states, high-risk drivers must obtain SR-22 insurance to legally drive. You might need to file an SR-22 after a lapse in coverage, a DUI, or an at-fault accident, for example. The SR-22 is a certificate of financial responsibility.

New Mexico does not use the SR-22 system. However, drivers must still meet minimum liability requirements in the state at all times, which means you must carry a policy with at least 25/50/10 liability coverage.

If you fail to maintain the minimum liability insurance required in New Mexico, then the MVD may suspend your license and registration. They could send you a Notice of Noncompliance. Your registration and license will continue to be suspended until you prove you have valid coverage.

Similarly, drivers convicted of a DUI or DWI in New Mexico will face severe penalties – including license suspension, jail time, community service, and monetary fines. However, drivers do not need to file an SR-22 after a DUI or DWI conviction in New Mexico.

Conclusion: How to Find the Best Auto Insurance in New Mexico

New Mexico has average car insurance premiums compared to the rest of the United States. However, by taking advantage of discounts and shopping between providers, drivers can reduce the price of car insurance sharply.

Request a quote from any of the companies listed above to obtain the best auto insurance in New Mexico.