What is Subrogation and How Does It Work?

The insurance industry is notorious for many reasons, perhaps none more so than trying to confuse customers with language that few people understand. The ironic thing is, courts have ordered companies to make the language of an insurance contract readable to a 3rd grader. There aren’t that many adults, let alone 3rd graders, who are going to completely understand the words and meaning of these contracts.

One word in particular that many people are unfamiliar with is subrogation. What does this word mean exactly, and why is it used in insurance contracts?

Going to the Dictionary 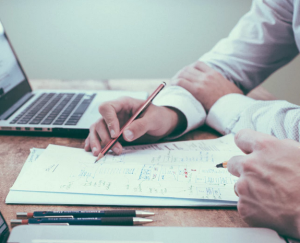 Why would anyone give up their right to collect money owed to them for a debt or damages incurred? Well, it’s all part of the structure of an insurance contract.

Subrogation is a part of the legal structure of an insurance contract. For example, the liability aspect of a contract states that the company will defend the insured in court for damages incurred to another person, for which the insured is legally held liable. In other words, you don’t have to pay any out-of-pocket expenses for any damages that you are held responsible, or liable for, in return for your premiums paid, all up to the policy limits.

This is a pretty good trade-off!  All you need to do is pay your auto premiums, and the company will pay everything else on your behalf (of course, just up to the policy limits).

So, the insurance company will defend you in court, pick an attorney, and reach a settlement on your behalf and pay the settlement amount, all up to the policy limits (and even beyond, in some cases). That is pretty good stuff! By the way, all of this is a big reason why you want to make sure you have high liability limits.

Subrogation prevents these scenarios from happening. It mainly just gives the legal right to collect from the party that paid, in this case, the insurance company.

Let’s look at a few examples to see how subrogation actually works when there’s an auto claim.

Let’s say that Jane gets in an auto accident with Bob, who rear-ended her. Her car is totaled. On a basic level, Bob is responsible for Jane’s damages because the accident was his fault. But Bob doesn’t pay Jane directly, they file a claim and Jane receives money from Bob’s insurance company.

Let’s look at one more example. Now, let’s assume that Bob has no insurance. He is now 100% responsible for Jane’s damages. Can Jane just collect her money directly from him? Or demand that he pays her monthly payments until it’s fully paid off? No, she cannot do this.

Jane’s insurance company will give her the money for her damages, assuming she has Uninsured Motorists coverage. Then, her company will subrogate against Bob for the full amount and reach a settlement with him.

While there are many complicated parts of insurance coverages, subrogation shouldn’t be one of them. It is a big word, but the meaning behind it is pretty straightforward. Since you are letting the company pay out damages on your behalf, you are also giving up your own right to collect damages owed to you.

Whether you owe money or are owed money, the insurance company will take care of both situations. Subrogation is just the legal term that describes this.

At the very least, you have now learned a new word that you can impress your family with at the dinner table!