What Is the Arbitration Process Like for Car Accidents?

Some auto accidents cannot be settled out of court.  There is no shame in turning down a settlement offer and pursuing arbitration. If you are disappointed in the insurance carrier’s final offer after a few rounds of settlement negotiations, do not begrudgingly accept it.  Take the arbitration route to resolve this dispute out of the courtroom and you just might end up with a better result.  Let’s take a look at the details of the arbitration process.

Some favor arbitration as it is nowhere near as formal as a traditional courtroom hearing.  In the context of an auto accident claim disagreement, arbitration is best defined as a legal proceeding in which you and a representative from the auto insurance provider present arguments and facts pertaining to the claim in question.  An objective referee, referred to as an arbitrator, oversees the dispute. This referee decides on the award. Arbitration awards are typically considered to be legally binding. It is not possible to appeal an arbitration award so be sure you are confident this is the route you would like to take before making a commitment.

Why More and More People are Going to Arbitration 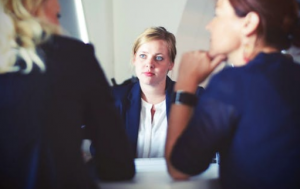 Aside from being less formal than traditional court proceedings, arbitration is also favored as it resolves disputes in a highly efficient manner.  If you are concerned about time or money, you should give serious consideration to arbitration in the event that your auto insurance provider’s final settlement offer is less than expected.  In fact, those who live in no-fault auto insurance states are sometimes required to take the arbitration route following a disagreement regarding an auto accident.

Some favor arbitration as it can be completed that much faster than a conventional trial.  About three months pass between the date of filing and the arbitration award. It usually takes a couple of weeks for filing and initiating to occur.  The next month is tied up with arbitrator selection. Another month passes in which information is exchanged and each side prepares for the arbitration hearing.

How to Request Arbitration

If you are unhappy with the progression of your settlement talks following an auto accident, do not continue to waste your time negotiating.  You have reached a dead end. Arbitration might prove to be the optimal solution. Arbitration really does have the potential to prove mutually beneficial to both sides.  Speak up when interacting with the insurance company claims adjuster. Let him or her know you would like your claim to be referred to arbitration. Though you cannot force the auto insurance provider into arbitration, you can notify them that if they refuse arbitration, you will take the next logical step which is filing a lawsuit.  The mere threat to sue the auto insurance provider will work if your claim is solid. So be sure to zero in on your claim’s merits in-depth when writing your formal request for arbitration.

How to Prepare for Arbitration

Preparing for arbitration involves choosing an arbitrator to hear the claim.  Arbitrators are typically attorneys with years of experience or retired judges.  The arbitrator serves as the judge as well as the jury upon selection. Therefore, it is imperative each potential arbitrator is researched in a comprehensive manner.  Be careful when selecting this individual as fairness is of the utmost importance in car accident claims. Once an arbitrator is agreed to, a deadline will have to be set to exchange information with the insurance company.  Establish a day and time for the arbitration hearing. Take a close look at the documents sent by the insurance provider. This is your opportunity to understand how opposing counsel will argue against your claim.

Both parties will be in the room at the same time with the arbitrator seated in front.  Think of the hearing as a debate of sorts in which each side discusses the claim. Most arbitration hearings last a couple of hours at most.  An opening statement is made, witnesses are summoned and cross-examined, the evidence is presented in support of the claim and closing remarks are made to cap off the hearing.

Once each side has made its argument, explained the proposed damages and responsibility for related expenses, the arbitrator will consider the facts.  These arguments occur in an environment somewhat similar to a courtroom yet there aren’t detailed court rules and procedures to follow. The comparably informal nature of arbitration hearings makes them that much more appealing as a non-traditional route to justice.

Most insurance companies attempt to convince claimants to commit to a high-low agreement prior to arbitration.  Such an agreement establishes a financial ceiling and a financial floor on the arbitration award. This way, both parties are provided with some sort of assurance that the claim will prove beneficial to a certain extent.  If a high-low agreement is in place prior to arbitration, it means the arbitrator’s decision cannot result in payment higher than or less than the figures designated prior to the actual hearing.