Is Chubb Good for Auto Insurance?

Chubb insures millions of policyholders across the United States. The company specializes in insuring high-value homes, vehicles, and valuables, and they target a different customer base than competing insurance providers. 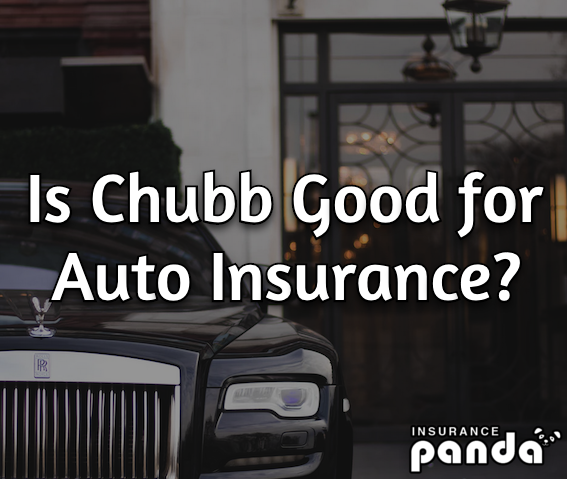 Generally, Chubb is well-rated for auto insurance claims satisfaction and customer service. Customers pay a premium for Chubb car insurance, and they receive premium service in return. Chubb has fewer customer complaints than other companies of a similar size, indicating policyholders are generally happy with how claims proceed.

But is Chubb a good car insurance company? Should you buy Chubb auto insurance? Find out everything you need to know about Chubb’s car insurance today in our review.

Chubb is available in 54 countries and territories around the world. The company markets itself mostly to well-off customers with higher-value insurance needs – including those who own more expensive homes and vehicles than the average policyholder.

Chubb also aims to differentiate itself from the competition with industry-leading claims satisfaction and superior risk engineering services. Using its unique risk analysis algorithms, Chubb aims to offer cheaper pricing and more customized rates than other companies – all while catering to a higher-end market.

With Chubb’s Masterpiece auto insurance coverage, you get more coverage than you would normally get with a typical policy. Chubb Masterpiece lets you restore your car to pre-claim condition with Original Equipment Manufacturer (OEM) parts, for example, something that isn’t always included with other policies.

At the most basic level, however, Chubb offers similar car insurance policies and products to competing providers, including:

Bodily Injury Liability Coverage: Most jurisdictions require bodily injury liability coverage, which covers medical bills, lost wages, pain and suffering, and other expenses incurred as a result of your actions as a driver.

Property Damage Liability Coverage: Property damage liability coverage covers the cost of repairing someone else’s property, including a home or vehicle, after you damage that property in an at-fault incident.

Collision Coverage: Collision coverage is optional in every state, but it covers the cost of repairing your own vehicle after an accident.

You have hundreds of options for car insurance. Why choose Chubb? Chubb has several policy options, products, and services that make the company unique. Here are some of the reasons to consider choosing Chubb over competing providers:

Restore Vehicles to Pre-Claim Condition: Chubb restores vehicles to their pre-claim condition. After a loss, Chubb will compensate you based on the cost of repairing your vehicle to the exact state it was before the accident. Typically, car insurance compensates you for the value of your vehicle before the loss. That doesn’t mean you restore your vehicle to the pre-claim condition – it means you receive payment based on the estimated value of that vehicle. Chubb works differently.

$15,000 of Rental Car Coverage: Chubb has some of the highest rental car coverage limits in the industry. If you need to temporarily rent a car while yours is being fixed after an accident, Chubb has no fixed per-day limit on rental car costs, although there’s a total limit of up to $15,000. Most other insurance companies only cover, say, $20 to $30 per day. Chubb has no specific limit.

Agreed Value Coverage: Chubb lets policyholders choose the coverage they want with an agreed value plan. If you have an agreed value plan, then Chubb reimburses you based on the value of your vehicle at the time you bought the policy – not the current mileage or age of the vehicle. This coverage is common among collector cars, classic cars, or high-end luxury vehicles.

Lease Gap Coverage: If you lease a vehicle, and that vehicle is totaled or stolen, then Chubb covers the gap between the value of that vehicle and the amount owing to the leasing company. Without lease gap coverage, drivers could pay thousands of dollars out of pocket in early termination fees, security deposits, and other costs. Chubb covers these costs.

Corporate Car Coverage: Chubb lets you add a personal extension to your auto insurance policy for a corporate vehicle. When you drive a company car for personal use, your Chubb coverage extends to cover that vehicle.

Full Window Glass Coverage: Chubb lets you add full window glass coverage to your policy, which allows you to replace any window on your vehicle after damage without paying a deductible.

Overall, Chubb’s car insurance is catered towards customers with higher-value vehicles and different insurance needs than the average policyholder.

Chubb markets itself to policyholders with a higher-than-average net worth, although the company still offers a range of car insurance discounts, including:

Chubb Reviews: What Do Customers Have to Say?

Chubb is one of the best-rated car insurance companies for overall claims satisfaction and customer service. However, that’s what customers expect when paying a premium price for Chubb car insurance.

Chubb doesn’t just have strong reviews from policyholders: the company has strong reviews from financial analysis organizations. Chubb’s core operating insurance companies have financial strength ratings of AA from Standard & Poor and A++ from A.M. Best, both of which are among the highest ratings available.

Although Chubb is not large enough to be ranked by J.D. Power and similar insurance ratings organizations, the company has strong reviews elsewhere online.

Chubb’s official website has an average rating of 5 stars out of 5 with 180+ reviews, for example.

NerdWallet, meanwhile, awarded the company an average rating of 4.5 stars out of 5, making it one of the best-rated car insurance providers available today.

On consumer review websites, Chubb has an average rating of 3.5 stars or better. That may not seem impressive, but most people don’t take the time to review their insurer unless they’re dissatisfied. Even the largest insurers have ratings below 2.5 stars out of 5, so a rating above 3.5 stars is very good.

To recap, some of the overall pros and cons of Chubb include:

Chubb is a car insurance company catered mostly towards customers with a high net worth or higher car insurance needs than ordinary policyholders. The company is well-rated for customer service and claims satisfaction, which is what customers expect when paying a high rate.

With some of the strongest ratings in the car insurance industry, Chubb is a leading car insurance provider for those willing to pay a premium for higher-quality service.