Can You Drive During a State of Emergency?

When a state issues a state of emergency, it can change laws in the state. 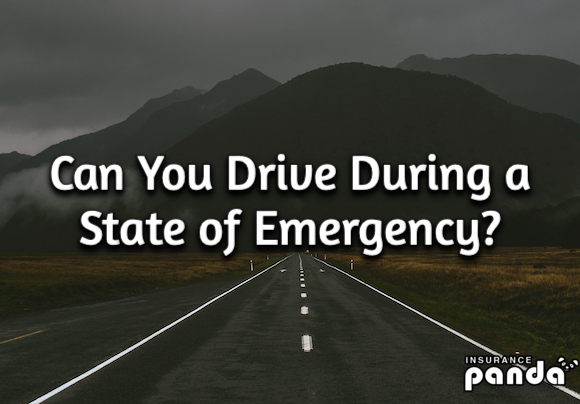 In most cases, however, you can continue to drive during a state of emergency without penalty.

What Is a State of Emergency?

Governments around the world use states of emergency for the safety and protection of citizens. They’re most commonly used for natural disasters, civil unrest, armed conflict, and medical pandemics.

In the United States, states of emergency are generally used for incoming natural disasters. If forecasters believe a serious winter storm is about to hit the region, for example, then the governor of the state may issue a state of emergency.

How States of Emergency Work in the United States

The United States Constitution grants emergency powers in its article on executive power. Different states, cities, and jurisdictions may also have their own rules for states of emergency.

Each state has its own laws governing what is defined as an emergency.

After a jurisdiction declares a state of emergency, the Federal Emergency Management Agency (FEMA) responds to the incident by providing assets, personnel, and training.

Driving During a State of Emergency

State of emergency driving rules vary from state to state. In Massachusetts, for example, drivers may be fined up to $500 if caught driving during a travel ban. Massachusetts may issue a travel ban in anticipation of a severe weather event – like a winter storm.

Some states use a multi-level warning system. Delaware, for example, can issue a driving warning (which discourages drivers from driving unless they have an important reason), a driving restriction (where roadway use is restricted to certain drivers, including emergency workers), and a driving ban (where only essential vehicles like first responders, snow removal teams, and utility personnel are allowed on the roads).

Failing to obey these state-specific laws can lead to arrest, imprisonment, fines, license suspension, and other penalties.

How Does Car Insurance Work During a State of Emergency?

However, car insurance will never cover intentional damage. If you deliberately drive your vehicle through a blizzard, for example, and roll it into a ditch because you want a new car, then insurance may deny your claim.

Reasons to Stay Home During a State of Emergency

Leave the roads for emergency workers, snowplows, utility personnel, and others assisting with the state of emergency.

Final Word on Driving During States of Emergency

James Shaffer James Shaffer is a writer for InsurancePanda.com and a well-seasoned auto insurance industry veteran. He has a deep knowledge of insurance rules and regulations and is passionate about helping drivers save money on auto insurance. He is responsible for researching and writing about anything auto insurance-related. He holds a bachelor's degree from Bentley University and his work has been quoted by NBC News, CNN, and The Washington Post.
Back to Top