Are Minivans Cheap to Insure?

People say minivans are the cheapest vehicles to insure.

In many cases, it’s true: minivans have cheaper car insurance rates than the average vehicle. Minivans tend to have strong safety ratings. They also tend to be driven by safe drivers – like careful parents.

Are minivans cheap to insure? How much does it cost to insure an average minivan? Keep reading to discover everything you need to know about minivan auto insurance. 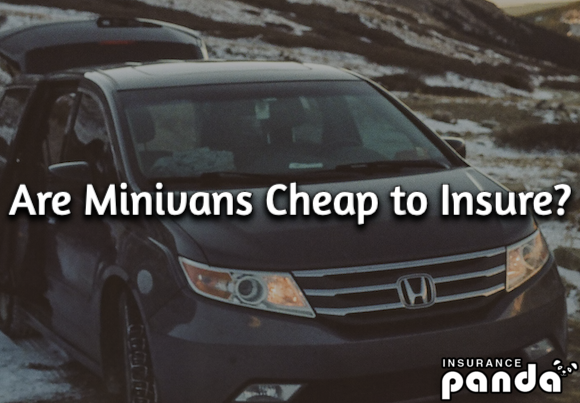 Yes, Minivans Are Cheap to Insure

Minivans are cheap to insure because they pose less risk to insurers. Insurance is all about risk, and insurers manage risk by charging higher or lower rates.

What Are the Cheapest Minivans for Car Insurance?

Some minivans are cheaper to insure than others. According to rates provided to our model driver profiles, some of the cheapest minivans to insure include:

Why Are Minivans Cheaper to Insure?

Higher Safety Ratings: Safety is important to everyone, but it’s particularly important for minivan drivers. Most minivans have great safety ratings and crash performance ratings, which makes them less risky for insurers to insure. When a vehicle has a good safety rating, it reduces the risk of serious injuries for occupants of the vehicle.

Lower Risk of Claims: Overall, minivan auto insurance is cheaper because there’s a lower risk of making a claim. Minivan drivers are less likely to cause serious accidents than, say, a driver of a Ferrari or a Hummer. They tend to be the safest drivers on the road, and they also tend to drive defensively. Instead of weaving in and out of traffic and driving at high speeds, minivan drivers tend to be safe and responsible. That means a lower risk of claims – and lower car insurance costs, on average.

Lower Value and Repair Costs: Minivans aren’t as expensive as SUVs or high-end sedans. Insurers consider vehicle value when calculating rates. Higher-end vehicles are expensive to repair. Most minivans are made by well-known domestic or foreign manufacturers. Auto repair shops can easily repair these vehicles and swap out parts. Because minivans have cheap repair costs, they cost insurers less money after an accident. That leads to lower auto insurance premiums.

Minivans tend to be cheaper to insure than other vehicles. However, you’re not guaranteed to pay lower insurance premiums.

Some of the reasons minivans may be more expensive to insure include:

How to Save on Minivan Auto Insurance

Use the following tips to reduce the cost of minivan auto insurance even further:

Be Careful with Claims: It’s not always worth it to make an auto insurance claim. If you scrape your minivan along the side of your garage when pulling in, for example, then you might not want to make a collision claim. If you make a claim, then you pay your deductible (for $500 to $1,000), your insurer covers remaining repair costs, and your insurer may raise future rates. In this situation, you may want to pay for repairs out of pocket and avoid having a mark on your record. Otherwise, your insurer could increase rates 20% to 40% after a single collision claim on your minivan.

Take Advantage of Discounts: Minivan drivers qualify for plenty of car insurance discounts. Look for multi-vehicle discounts, multi-policy discounts, and discounts for paperless billing, being a good student, or signing up for a telematics (driver tracking) program.

Compare Rates: Some insurers love to insure minivan drivers because they balance the risk pool. Other insurers charge relatively high rates. If you’ve remained with one insurer for a long time, then consider comparing rates and changing insurers. You could save hundreds per year. GEICO, State Farm, and USAA are known for having particularly cheap minivan auto insurance rates, although other insurers may be a good fit depending on your location and demographics.

Depending on how you fit into the factors above, you might pay higher or lower prices for minivan auto insurance.

Final Word on Insuring a Minivan

It’s cheaper to insure a minivan than it is to insure other types of vehicles. Generally, minivans are some of the cheapest vehicles to insure.

If you’re insuring a minivan for the first time, you could pay around $529 per year for liability insurance or around $1,347 per year for full coverage car insurance, making minivans cheaper than SUVs, sedans, and other types of vehicles.