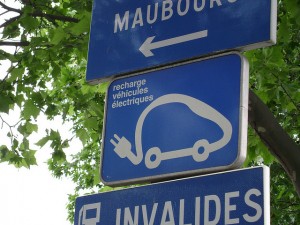 How does auto insurance for an electric car differ? Image: Flickr

When you go to buy a car in today’s market, you have multiple options. Automotive brands are constantly trying to one-up each other with the newest technology and sometimes they forget about the most person: you. It can be confusing to navigate all the features one vehicle has much less several different models. In recent years, we’ve had the option of purchasing ‘green’ vehicles but even this category includes several different types of engines. Some run on hydrogen, some run on cooking oil, and some run on electricity.

Mitsubishi released one such electric car not too long ago. It’s called the Mitsubishi i-MIEV and recently run into some problems. Mitsubishi is recalling close to 14,700 models of the electric car due to faulty brakes. The majority of the i-MIEVS’s being recalled are located in Japan and Europe. What’s interesting is that this type of brake problem is only specific to an electric car. As technology grows, we are able to reap its rewards but we also have to be prepared when it has growing pains. Tatsuo Yoshida, a senior analyst at Mitsubishi UFJ Morgan Stanley Securities told the Claims Journal that “This is a matter of one part, and it’s too much to apply the issue to say there is something wrong with electric vehicles.”

Mitsubishi not only stands by its own product but by all electric vehicles. Luckily, the problem was caught before there were any accidents and the fix is going to be a simple one that drivers won’t have to pay for. But if this problem is very specific to electric cars, are there others that can arise that aren’t caused by a manufacturing defect? Would your normal insurance policy still cover you?

Advantages and Disadvantages of an Electric Car

If you’re in the market for a new car, you might want to test-drive an electric car. You might find that it’s what you’ve been waiting for. Or you could feel like you’re driving a very fast golf cart. Either way, here are some tidbits that might help you in your search:

So you made the decision to buy an electric car and now you have to get it insured. Just because you have zero emissions doesn’t mean that the rules still don’t apply. As always, you should shop around for the best rates but it’s going to be very important that you let your insurers know that you have an electric car. Don’t worry; just because it cost more doesn’t mean your insurance is going to skyrocket, which can often be the case in luxury vehicle models. IN fact, you may be in for a pleasant surprise if your electric vehicle lowers your insurance rates.

Just like with any car, your insurance company is going to base your rates on your risk factor. By purchasing an electric car, you are already grouped with a group of people who are considered more responsible, intelligent drivers. Additionally, while it can be seen as a negative, the short-range on an electric car can help with your insurance so it’s a double-edged sword. Since you aren’t driving very far at one time, the risk for an accident significantly decreases, which your insurance company likes. Also, repairs for an electric vehicle aren’t going to cost you an arm and a leg. While the development of the electric vehicle is new, the technology behind it isn’t. Your run of the mill mechanic may not be able to fix your recalled air brakes but the dealership can help you for minimal costs.

While an electric car has a lot of positives, because it’s so new, we really lack long term data on just how risky they can be. Some insurance companies are going to go out on a limb for you and can lower your rates while others might require cold hard facts. One of the biggest factors for determining your insurance premiums is still your driving record so stay safe on the roads.

As always, call around to find the best rates. You may even come across an insurance provider that offers a percentage discount for electric vehicles. At that point, the only thing you might be emitting is a beaming smile.