How Do You Insure a Driver with a Learner’s Permit?

First and most importantly, talk to your insurance agent or insurance company to ensure your teen is covered while he or she has a learner’s permit. 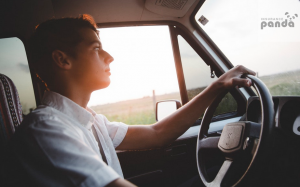 Obviously, drivers with a learner’s permit have a significantly higher risk of being involved in a collision than older, more experienced drivers. Take a few minutes to verify your policy with your insurance company before you get on the road.

The last thing you want is for your young driver to be involved in a collision only to have to pay out-of-pocket because you forgot to list the driver on your policy. It takes only a few minutes to check your policy’s requirements, and it takes just one accident to ruin your financial future.

Generally speaking, a driver with a learner’s permit is covered under his or her parent’s insurance policy. As long as the teen is driving the vehicle with your permission, he or she will likely be covered under your policy.

However, it’s important to remember that this isn’t always the case. Don’t assume your insurance company covers drivers with a learner’s permit. Policies vary widely between companies. Many people have made this assumption – only to be forced to pay out-of-pocket when their new driver gets into a collision.

Once your Teen Gets a Full Driver’s License, You Can Upgrade your Policy or Buy a Separate Policy

While your teen has a learner’s permit, you don’t typically need to upgrade your insurance policy. Instead, you can wait until your teen gets his or her full license.

Of course, once your teen has a full license, they can also get their own policy. Sometimes, it’s more economical for a teen driver to get his or her own policy instead of increasing the cost of the parent’s policy.

There are also certain discounts available for teenage drivers. Teen drivers can get good grade discounts, for example, by maintaining a B average or higher. Many teen drivers can also save significant amounts of money by being added to their parent’s insurance policy as opposed to their own.

Conclusion – Insuring a Driver With a Learner’s Permit

Ultimately, rules vary widely between insurance companies. You shouldn’t just assume that your teen driver is covered while they have a learner’s license. Instead, take a few minutes to contact your insurance company and verify your teen driver is covered. Generally speaking, drivers with learner’s permits are covered as long as they’re operating the car with the permission of the parent (and with an adult over the age of 18 in the vehicle). However, rules vary between insurance companies.