The BMW 3 Series is a perennial bestseller. The Audi A4, however, was fully redesigned for the 2017 model and remains one of the bestselling cars in its class. But what about insurance costs? Is it cheaper to insure an Audi A4 or a BMW 325i? Today, we’re explaining everything you need to know about the difference in insurance prices between these two popular vehicles.

The Cars Have a Nearly-Identical Price Tag

The Audi A4 and BMW 325i are two of the most popular cars to compare because they’re priced so closely to one another. The cars are separated by just a few hundred dollars. 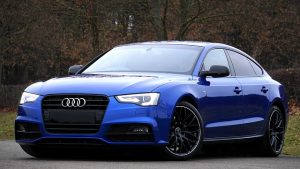 The MSRP of the Audi A4, meanwhile, starts at $44,675. The end result is that most buyers find the BMW 325i and the Audi A4 to be very competitively priced with one another.

Typically, cars with a lower MSRP will be cheaper to insure. That’s because they tend to have a lower value than cars with a higher MSRP (obviously). In the case of the Audi A4 and BMW 325i, however, the price difference is negligible.

The Cost of Repairs

Both the Audi A4 and the BMW 325i come with a three-year warranty.

Safety ratings have a huge impact on the price of car insurance. A car with a higher crash safety rating is less likely to injure or kill its passengers during a collision. That means fewer medical expenses for your insurance company. So how do the Audi A4 and BMW 325i compare when it comes to safety? 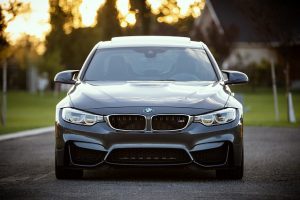 Both the BMW 3 Series and the Audi A4 have identical five-star crash safety ratings from the Euro NCAP and other major crash safety organizations. The cars have received almost identical safety and security ratings from other agencies as well. Thatcham, for example, has concluded that both cars are equally secure when protecting against theft. Plus, both vehicles received an identical 4/5 star rating in terms of resisting break-ins.

The Audi A4 also has height-adjustable front seat shoulder belts, while the BMW 3 Series does not.

IIHS Ratings: Audi A4 Versus the BMW 325i

The IIHS found a few notable differences between the BMW 3 Series and the Audi A4.

First, front crash prevention was rated as “Advanced” on the BMW 325i while it was rated as “Superior” on the Audi A4 (Superior is a higher rating than Advanced).

The BMW 3 Series also received a “Marginal” rating for its child seat anchors (in terms of the latch and the ease of use), while the Audi A4 received a “Good” (the highest rating) in the same category.

Aside from these differences, however, both cars had similar ratings across all major safety categories. Both vehicles achieved the highest “Good” rating in all crashworthiness categories.

Most insurance estimates have declared the Audi A4 to be the cheaper vehicle – but the difference isn’t significant.

The Complete Car Cost Guide, for example, estimates that Audi A4 owners will save $130 on insurance over a five year period – or approximately $25 to $30 per year.

Other estimates state that the total cost of owning an Audi A4 will be about $1,000 less over a five year period than the BMW 325i, taking into account insurance, maintenance, and other expenses.

Conclusion: Compare Quotes on the A4 and 325i to Get the Best Rates

If you’re looking for a high-end sports sedan, then the BMW 3 Series and Audi A4 are two of the most popular options on the market. When it comes to the costs of ownership, however, there are surprisingly few differences between the two vehicles. Both vehicles have a similar MSRP, for example.

Overall, reports suggest that A4 owners will save about $130 on the cost of insurance over a five year period compared to the BMW 325i. However, in order to get the best insurance rates on your high-end sports sedan, make sure you compare as many quotes as possible for the BMW 3 Series and the Audi A4.