It has long been thought that to be a safer driver you need lots of practice. Most studies show that women over the age of 30 are the safest drivers on the road because they are the most cautious. While experience on the road is essential to becoming a good driver, there are new studies out that show another way to become a better and safer driver, playing video games.

Video games have a sordid history of being accused of causing your brain to rot and increasing violence. However, a new study from the University of Rochester shows that video games are actually good for your brain. Playing action video games can actually help to improve your ability to make the correct decision and to be able to come up with the right choice faster.

About the Video Game Research Study 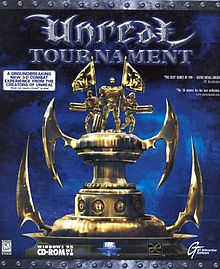 Research subjects were monitored playing games such as “Unreal Tournament”

The researchers at the University tested many 18 to 25 year olds who did not typically play video games. The subjects were divided into 2 groups. One of the groups played 50 hours of fast paced action video games including “Unreal Tournament” and “Call of Duty 2.” The second group played 50 hours of a slower moving strategy game called “Sims 2.”

After the 50 hour training period each of the subjects was asked to make fast decisions in some tasks that had been designed by the researchers. During the tasks the subjects would have to look at a screen, analyze what they saw, and then answer a question about the action in the screen in the fastest time possible. For example, the subject may have been shown a screen of moving dots and have to determine whether the more of the dots were moving to the left or to the right.

To make sure that the effect of video games was not limited to visual perception subjects had to complete a purely auditory analogous task.

The video game study conducted at the University of Rochester did not actually test the driving competence in relation to playing video games, but the idea behind the study can easily be compared to performances on the road.

The researchers from the university found that people who play action video games are able to make the correct decisions at a faster pace. The research shows that individuals who play these types of video games have a heightened sense of what is going on around them and this heightened sense does not only make them better at playing these games, but also improves a number of general skills that can help them with everyday tasks such as driving, multi-tasking, keeping track of their friends when they are in a crowd, reading smaller print, and navigating through towns.

An upcoming study that will be reported in Current Biology states that video games could potentially provide a training regimen for making reaction times faster in many real life situations.

Why Action Video Games Can Help You Become a Better Driver

It was found that action video game players are not trigger happy resulting in being less accurate. They are faster and just as accurate as those who do not play these types of games. Those who play these types of games typically will make more right decisions in a shorter amount of time. If you are driving through heavy traffic and see someone swerve in front of another car, this faster reaction time can save you from being involved in an accident.

The neural simulations found during the research show why action video gamers have better decision making skills. A person makes a decision based on the probabilities that are constantly being calculated in their heads. This process is referred to as probalistic inference. The brain is constantly using small pieces of auditory and visual information as a person looks over a scene. Eventually, a person will make a decision based on this information.

How Being a Safer Driver Affects your Auto Insurance

When searching for auto insurance you cannot really state that you play video games, which make you a safer driver. However, as an action video game player your reaction times are going to be much faster in real life situations. This means that over time you are less likely to be involved in accidents. Insurance companies look closely at your driving record when they are determining your rates. This means that playing action video games can lead you to a better driving record, which can lead to lower insurance premiums.