Is It Cheaper to Insure a Ford F150 or a Chevy Silverado?

The Ford F150 and the Chevrolet Silverado are two of the most popular trucks in the United States. The trucks are priced at a similar rate – but do they have different insurance costs? Today, we’re helping you decide if it’s cheaper to insure a Ford F150 or a Chevy Silverado. 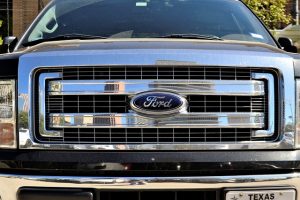 That’s not a big difference at the base model. However, the F150 and Silverado have vastly different model options.

Keep in mind that the model type doesn’t include any features that you may add: the price of a Chevrolet Silverado can quickly climb past $50,000 when buying all the bells and whistles.

However, let’s compare base models with base models here: which truck is more expensive to insure when the price is approximately equal? Keep reading to find out.

Safer Trucks Are Cheaper to Insure

Safer trucks are always cheaper to insure than less safe trucks. Both the Ford F150 and Chevy Silverado have strong safety ratings – but slight differences between the two vehicles can lead to big differences in insurance prices. 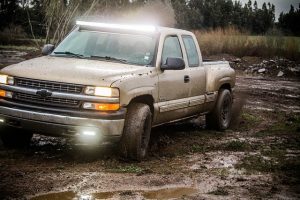 The Ford 150 has a higher rating than the Chevrolet Silverado 1500 according to the Insurance Institute for Highway Safety (IIHS).

Both trucks scored a “Poor” in terms of headlight safety.

Ultimately, neither truck scores a perfect safety rating from the IIHS. However, the Ford F150 edges out the Chevrolet Silverado 1500 in some categories, which could lead to cheaper insurance rates.

The Chevrolet Silverado sometimes appears on the list of the most stolen trucks in the United States – but not as frequently as the Ford F150. Don’t expect this to have a major factor in insurance rates – but it may still play some factor.

Ultimately, the biggest difference in insurance prices between the F150 and Silverado is in the model type. The two cars have vastly different model types that can have an enormous effect on your insurance.