Does It Pay To Be A Loyal Car Insurance Customer?

You’ve heard of loyalty programs. Airlines reward customers with free miles when they fly the same airline over and over again. Coffee shops offer a 10-punch card for a free cup of coffee. As a matter of fact, most companies are actively trying to improve customer loyalty and get them to stay with the brand. But what about car insurance companies? What kind of loyalty programs do they offer to customers who have stuck with them for years or sometimes even decades? The truth might shock you.

Yes, that’s correct. In the car insurance business, it is common practice to raise a customer’s monthly or yearly premium because of a little caveat called price optimization. Experts say that this is just one of the ways that insurance companies pad their bottom line – they consider it a good corporate strategy. 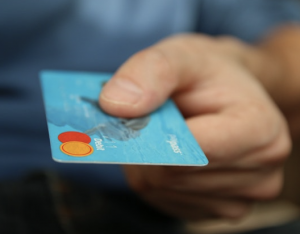 A customer might get a good rate from their insurance company. Maybe they got a multi-car discount or some other beneficial price cut that made them go with that particular company. They might happily pay that premium each month or year until they check the mail one day and find out that their rates are being increased. These aren’t insignificant increases either. Sometimes, these price optimizations can mean an increase of a hundred dollars a year or more.

Even if a driver has no history of bad driving and no accidents, the rates can still increase without warning. The insurance company tries to offset the sting of the rate increase by then offering the customer a discount for “loyalty.” But the discount might be 5-10% while the increase in rate is closer to 25%.

How Are Your Rates Set?

Insurance companies don’t just rely on general information or trends. They actually gather information on you that is available having been collected by other companies who have sold them. For example, if you have a grocery store rewards card that allows you to buy things at the lower price, everything you buy, how often you buy it, and everything else, all exists in a computer database somewhere.

Insurance companies can buy information and software that can give them information on customers and all kind of help deciding whether they can get away with raising rates. That’s why they do it, in fact. They have already crunched the numbers and know that they are going to make more money than they lose by raising the premiums.

Insurance companies have access to complex algorithms that organize and decipher data gathered from a variety of sources to determine how a consumer will react to certain actions. So insurance companies know how many of their customers will accept the rate hike without question and how many will decide to find another insurance company that will give them a decent rate. If they still make a profit based upon the data, then they go ahead and raise the rates.

So, is what these insurance companies doing legal? There are a lot of considerations and some practices are so new officials haven’t had time to evaluate them properly yet. “As regulators, we’re not always on the cutting edge of these changes in modeling and rate-making practices, so we have to catch up sometimes,” Chief Actuary of the Louisiana Department of Insurance, Bob Piazza, explains.  But what that amounts to is that one person might have a 25% increase over another, with the same basic risk factors. The only difference is that the insurance company knew they wouldn’t protest if their rates were raised.

But not everyone takes the same line. Joel Launcher is a deputy commissioner in California in the area of rate regulations. He says while there really are legitimate reasons for varied rates, how you shop and how loyal you are to companies that you are already working with, shouldn’t be listed among them. Launcher says the companies know what they are doing is wrong because even if they are using that information, they aren’t admitting it. “Unlike the other things, which are based on losses — loss data — this one isn’t,” Launcher says.

But California is taking steps to ensure that insurance companies know that the behavior isn’t right and that regulators have a problem with it. Launcher says that companies will claim they aren’t using that data to set rates, but even if they have been, hopefully, they will stop once they see that officials know about the data sources and what the companies are doing with the information.

So, how do you know if you’re going to be treated correctly by your company? How do you  know when you’re a victim of ‘price optimization.’  That could be difficult to figure out so you’ll have to figure out if staying with your company is worth paying the extra money.