Whether you love it or hate it, technology is ever present in our lives. More and more people are becoming familiar with things like smartphones and GPS and our grandparents have even learned to Skype. With the growing technology, one of the biggest things that have been affected is the way we communicate. Many people can’t imagine the days when we lived without cell phones, much less computers. Technology has completely changed the way we communicate with each other but not everyone is happy with how people are employing the new methods. New Mexico police claim that people are using their smart phones to help spread the word on DUI checkpoints and this is frustrating for the department. 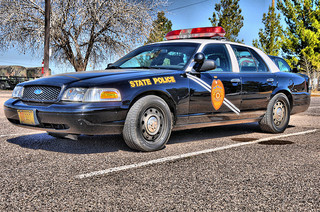 Driving drunk in the state of New Mexico just got easier, or so says the New Mexico police department. (Image source – FLICKR)

They claim that this is the reason their arrests were so low on New Year’s Eve but warns that if you drive drunk, you will eventually be caught. This may seem like a petty complaint from the New Mexico police because it’s likely that people have always spread the word about DUI checkpoints in some form or another since they began instituting them. Ultimately, that’s the idea of a DUI checkpoint. It’s meant to prevent people from driving drunk because there is a higher risk of arrest. Just because someone knows there is a DUI stop doesn’t mean that they will always take an alternate route home to avoid arrest. It’s possible that some people are taking cabs home once they learn about checkpoints. The fact of the matter is technology is here to stay and it is always going to be something that can help or hinder all of us.

How Technology is Influencing Driving Habits

It’s true that many drivers are using some form of technology to alert others to DUI checkpoint. People will call each other, send text messages, some people use Twitter and the iPhone even has an application made to identify DUI checkpoints. Last year, some senators even appealed to Apple and other carriers that use smartphone technology to ban the app PhantomAlert. Senators Chuck Schumer, Frank Lautenberg, Tom Udall, and Harry Reid wrote a formal letter to Apple’s senior vice president asking them to remove the app from production. Part of the letter read, “We appreciate the technology that has allowed millions of Americans to have information at their fingertips, but giving drunk drivers a free tool to evade checkpoints, putting innocent families and children at risk, is a matter of public concern.”

You can understand where the Senators are coming from in a way. The way they put it makes it seem like this is an app specifically made for people who plan on driving drunk and want to evade the legal consequences. You can never escape the physical consequences or dangers of driving drunk. But PhantomAlert responded to the letter, claiming that the senators misconstrued the purpose of the app. CEO Joe Scott said, “I think this is a knee jerk reaction. PhantomAlert is a 100% legal service. If they really understood what we are doing and aim to achieve they would actually support us.” In addition to making users aware of DUI checkpoints, the app also helps know when they are approaching traffic cameras, school zones, accidents, and dangerous curves and intersection.

So while there may be one aspect of the app that could help drunk drivers, it seems the overall purpose is to fully inform the driver of any kind of obstacles they might face. Someone driving to work for third shift might want to avoid a DUI checkpoint because they will be late for work. You can’t always judge the intentions of an app user. And the development of apps, especially for driving isn’t going anywhere.

Other Apps for Safe Drivers

Some apps are actually being developed to help drivers be as safe as possible on the road. We all know that texting and driving is one of the most dangerous habits someone can have and TextArrest is working to combat that by acting as a self-sufficient monitor. This app can detect when the car is traveling above a certain speed and then automatically locks the phone’s screen. This is a great app for any parent that wants to give their teenage child a phone but worries about them texting and driving.

Another app, Drivesafely Pro allows drivers to stay connected but keep their hands on the wheel. Texts and emails are read aloud when they come in and the phone can automatically send a response if you are driving. This allows the driver to keep their eyes on the road and still feel as if they are connected. Many of these apps seem to be geared towards young driver but this can be helpful for many people. 10 states already ban the hand held use of a phone. They might allow the use of a hands free device but many business professionals are constantly traveling and might need to check their email. An app that can read their email aloud while they are driving would be extremely useful.

How Technology Can Help Your Insurance

Anything that helps someone become a safer driver is going to be good for your insurance rates. We all know the basic tenants of safe driving but following them in another issue when you have your phone in your hand. It can be a temptation to look up that song you just heard or text your friend back about your vacation plans but if there is an app that will stop you from doing this, download it. The changes of you being in an accident are reduced and you get to keep your low insurance rates. That is a beautiful byproduct of smart phone technology.